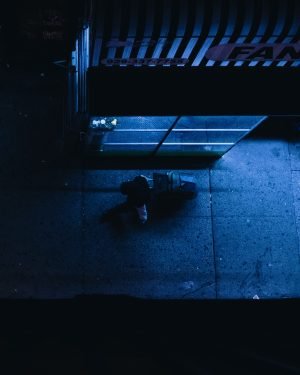 Last week I touched on the fact our opinions and arguments do not change reality. The real question is, is God of the Bible real or not? Essentially, reality either is or isn’t, we may not want or like what is, but that doesn’t change anything. For instance, ignoring or resenting my alarm on a Monday morning doesn’t change the day of the week or the time of the day. Nothing I do can change that reality. Therefore if the Christian God does exist, then the Bible says all of us are accountable to Him for how we live our lives irrespective of how we may feel about it. If this is true and God was to call you into account today, how would you do?

The Bible also tells us “…all have sinned and fall short of the glory of God” [Romans 3:23-26 NIV]. ‘Sin’ is a word that can be clouded with rationalisation and arguments but in its simplest meaning, it is rebelling against God. We rebel against God when the things we think, say or do are contrary to God’s laws. Those laws can be summed up in two commands: ‘Love the Lord your God with all your heart and with all your soul and with all your strength and with all your mind’; and, ‘Love your neighbour as yourself.’ [Luke 10:27 NIV]. Jesus also clarified that our neighbours are the people we encounter in everyday life [Luke 10:29-37]. So, every time our thoughts, words or deeds end up contrary to these commandments, we sin.

Let’s imagine you live in a country where there are no traffic officers but the traffic laws of that country and associated consequences have been defined. The government tells everyone to abide by these laws for their own good and that they will be watching how everyone does. However, there are no officers on the roads checking if citizens abide by these laws. In fact, no one has ever seen anyone check. You sometimes try to drive within the laws but like everyone else, you speed and jump red lights. You’ve even had a few close calls with pedestrians at zebra crossings, parked in no parking zones, skipped paying for parking and even driven drunk on some occasions. Essentially, everyone does as they please, sometimes there are consequences like accidents but no one cares because they see no one holding them accountable. It seems like everyone gets away with disobeying the laws.

Then one day, a bailiff unexpectedly shows up at your door with a summons detailing all the offences you’ve ever committed. You are to appear before a judge. You know you are guilty. There are huge fines and even jail time. You will struggle to pay all of the fines as it is but with jail time, earning enough money to pay off your debt will be impossible. So, facing insurmountable debt and incarceration, you are left with no choice but to go on the run.

Although it is an imperfect illustration of the dynamic between human beings and God, the above analogy isn’t too dissimilar to the story in the book of Philemon in the Bible. Paul writes to his friend Philemon about his runaway slave, Onesimus. At that time in the Roman Empire, slaves had no rights, they were considered the properties of their masters, who could do with them as they wished. Onesimus had stolen from his master and was on the run. In the letter delivered by Onesimus, Paul tells Philemon that Onesimus spent time with him while he was on the run and he is now a different person. He pleads with his friend for Onesimus’ freedom: “If he has done you any wrong or owes you anything, charge it to me…I will pay it back…” [Philemon 1:18-19 NIV].

If the Bible is true, then two things are certain. We live in God’s world. He has put laws in place to govern how we live in it and we will all answer for how we lived. We are told these laws are for our own good and God has given us the freedom to obey or rebel against them. Sadly, we have all rebelled and there have been some consequences but greater consequences await us all. One day the bailiff will come knocking and we will have to face the Judge. We can tell ourselves no one is watching, no one cares, no one saw me do this or that and we may even try to run away when confronted with our guilt but there’s no escape. David probably pondering the same thought said “…where shall I go to flee from You? Wherever I go, You are there! [Psalm 139:7-8]. God records all we do.

However, the story doesn’t end there, there is good news! God in Jesus is offering to pay all our debts and wipe our records completely. If we let Him, Jesus will say on our behalf to His Father, “If he has done you any wrong or owes You anything, charge it to Me. I will pay it back…”. This is salvation. On the cross, He took our punishment for rebelling against God and gave us His inheritance instead [Galatians 3:13-14]. He absorbed the consequences of our sins which is separation from the One who gives life (that is death) so that we could have eternal life.

The choice is ours. Accept Jesus’ offer, put Him first, follow Him daily and live His way. Or ignore the offer, continue to rebel against God and reject the notion that we are accountable to anyone about how we live.

Thank you for hitting home with this message, I quickly repented for what I believe will displease God should he come knocking on my door right now. I am reminded to behave, God sees it all even my deepest thoughts. Thank you 👍🏽🙏🏽

Words to a daughter