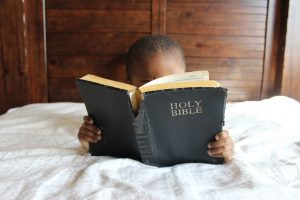 There is no other nation which gained independence in the way Israel did. The story of their independence is littered with visible, undeniable miracles from Genesis when God promised to make Abraham the father of a nation to Joshua when that nation settled in the land God promised Abraham and beyond. They did not have a constitution like we do today, their laws where straight from God and unlike any other nation, they had prophets who passed on God’s message to them verbatim. So, why is it that this nation did not remain a godly nation throughout its history? Why did they repeatedly forget their God and turn to idolatry time and again?

The Bible recounts the story of Josiah in 2 Kings 22-23. He was the last good king of Judah and he became king at a time the nation was steeped in idolatry. (Israel was one kingdom of 12 tribes until the death of Solomon around 930 BC. After his death, Israel was split into 2 kingdoms. There were 10 tribes in the north which were called Israel (or Ephraim) and their capital was Samaria. There were 2 tribes in the south, Judah and Benjamin, they were called as Judah (the Jews) and their capital was Jerusalem. Nineteen kings reigned in the north until about 722 BC when Israel was taken into exile by Assyria. These kings were all evil in God’s sight. There were 19 kings and 1 queen in the south until 587 BC when the southern kingdom was taken into exile by Babylon. There were 8 good kings in the south and Josiah was the last of them. The primary reasons God allowed both kingdoms to be taken into exile were idolatry and abandoning His laws). Josiah’s father and grandfather were both evil but He had good friends in Jeremiah and Zephaniah who must have influenced him. During his reign, he ordered the repair of the temple which had been neglected. It was during the repairs that someone found the scroll of God’s law which had been abandoned in the temple for decades. Josiah led a national religious reform and cleansed the land of foreign gods. He had God’s law read publicly and the people publicly agreed to live by it going forward.

Sadly, Josiah’s reform didn’t last. The government can’t legislate godly living because a decision to live a godly life is made in the heart of each individual, not by decree. Josiah was followed by 4 evil kings and about 22 years after his death Judah was taken into exile as the people returned to their ungodly ways. The book of Jeremiah details the spiritual decay of the people despite the warnings from Jeremiah, Zephaniah and Habakkuk who prophesied in those 22 years. The same thing can and will happen to us if God and His word are not the focal point of our lives no matter how many public confessions we make or how fervently we sing and pray. If God is not at the centre of our lives, then something else is and that thing whatever it is – a job, money, sex, power, fame – will become an idol for us. So we must choose who we will serve [Joshua 24:14-18].

As Christians, we are called to be like God in everything we do. How do you emulate someone you do not know? God is not usually perceptible to our 5 senses; His word is the primary way He reveals Himself. In the Bible, we get to find out about who God is, His character, what He is doing and how He wants us to live. As such, if God is going to become the focal point of our lives, then we must get to know Him. This is not going to happen by doing religious things or a piecemeal reading of the Bible on a Sunday. The Bible has to come out of the bookshelf in our homes and we must invest time and effort to study, and then apply it [James 1:22-25].

While it is divinely inspired, the Bible is a book written within the context of an Eastern culture far removed from ours. The Bible is made up of books and every verse derives its context from the book it’s found in. The human situation is necessary for context so it is imperative to understand who wrote a book, why it was written and who was the initial audience for proper understanding. That said, what is most important is to pray for the Holy Spirit to instruct us and change our lives as we read. When He does, something amazing happens as God moves from being an abstract idea to a Person who becomes the focal point of our lives. This is when real change happens, our perspective on everything changes and our lives begin to manifest the fruit [Galatians 5:22-23]. As Paul points out, there are no laws against such fruit.

So where is your Bible right now? Is it in a bookshelf gathering dust? How often do you read it? Have you ever read it through? When was the last time you carried out a careful study of a book of the Bible (the gospel of John is a good place to start)? What do you know about God that you learnt from your study, not someone else? If you are a parent, are you teaching God’s word to your kids? [Deuteronomy 11:18-20]. The Bible repeatedly tells us that putting God first, hearing and doing what He says is the difference between life and death. As Moses advised centuries ago, choose life [Deuteronomy 30:15-20].


Thank you Charles for this great reminder.
“This Book of the Law shall not depart from your mouth, but you shall meditate in it day and night, that you may observe to do according to all that is written in it. For then you will make your way prosperous, and then you will have good success.”
‭‭Joshua‬ ‭1:8‬ ‭NKJV‬‬.

Are you holding a grudge?