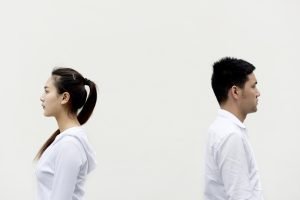 “Then Peter came to Jesus and asked, “Lord, how many times shall I forgive my brother or sister who sins against me? Up to seven times?” Jesus answered, “I tell you, not seven times, but seventy-seven times” [Matthew 18:21-22 NIV] Over the last few weeks, I have found myself reflecting on aspects of God’s character such as love and holiness. Recently, it occurred to me that being forgiving is also part of God’s character and it is one of the ways He shows His love for us. As always, God calls us to emulate Him by showing that love to others.  Logically, you cannot love anyone you refuse to forgive because love and forgiveness are not mutually exclusive. Forgiving another person is an act of love. In this context, Jesus’ answer to Peter was the same as “you must forgive each other an indefinite number of times” because I have commanded you to love one another.

I wonder if Peter asked that question because of something he heard during the sermon on the mount [Matthew 5-7]. Prior to Jesus, the law was an eye for an eye, a tooth for a tooth [Deuteronomy 19:21] but Jesus changed that [Matthew 5:38-41]. Amongst other things he commanded, He said if someone forces you to go one mile, go two miles. This was particularly difficult because Jesus said this to Jews who were under Roman occupation. The Roman soldiers were renowned for their brutality and the Jews hated them. What Jesus was effectively saying was that if that soldier who has just whipped you for looking at him, forces you to carry his gear for one mile, go two miles. As if to drive home the point, Jesus then commanded them to love their enemies because that is what God does [Matthew 5:42-48]. He explained that a pagan can love someone who loves him, but God’s child is to love everyone, even his enemies. This would have made Jesus unpopular but He meant what He said.

Every Good Friday, I try and watch Mel Gibson’s Passion of the Christ. It’s a tough watch but it’s also a reminder. I wince at the barbaric cruelty but then I realise that no movie could ever fully depict what Jesus went through. It reminds me that Jesus walked His talk on love and forgiveness because with His dying breath when the pain must have been unbearable, He asked His Father to forgive those who were killing Him. Father forgive them He prayed (forgive Judas who betrayed Him. Peter who denied Him. His friends who abandoned Him in His hour of need. The religious leaders and those who bore false witness against Him in the 6 kangaroo court trials He went through. Pilate who declared His death sentence though He was innocent. The soldiers who mocked and spat on Him as they scourged Him to an inch of His life and then nailed Him to a cross stark naked. Those who mocked Him as He hung on the cross, you and me whose sins He died for), forgive all of them for they do not know what they are doing [Luke 23:34].

For Christians, forgiveness is not optional. Also, we are not told to wait for an apology before we forgive either. In fact, we are explicitly told to settle any grievances before we approach God [Matthew 5:23-24]. Since this is a commandment from Jesus, to do otherwise is a sin. I also believe we are to do this so that we can come before God with a clean heart [Psalm 51:9-11]. An unforgiving heart is not a clean heart. As such, the next time you want to pray or worship, pause and check your heart. Is there anyone you need to forgive? Is there anyone who has something against you that needs sorting out? There are no grey areas here. You cannot hold a grudge and be in a right relationship with God. As an example, how would you pray the Lord’s Prayer [Matthew 6:9-13] when there is someone you need to forgive?

After Jesus answered Peter’s question, He went onto tell a parable about a servant who was forgiven a huge, unpayable debt by his master. Shortly after, the same servant refused to forgive another person who owed him a much smaller debt. When the master found out, he dealt with that servant severely [Matthew 18:21-35]. Jesus’ point was that we owe God a much bigger debt than anyone could ever owe us. That’s some statement when you consider the evils we humans are capable of doing to one another. However, God has mercifully forgiven us but we are only forgiven by the same measure we forgive others [Matthew 6:14]. Also worth noting is that there is nothing anyone can do to us that can justify us not forgiving them. Jesus did not leave us that option.

Like most people, I struggle to forgive others especially when they defiantly refuse to acknowledge that they have wronged me. I end up resenting them and allowing bitterness to take hold despite the warnings [Hebrews 12:15]. When this happens, I also struggle to pray because when I pray, I invariably ask God to forgive my sins. I am then convicted by my hypocrisy. However, I find that God always gives me the grace to forgive if when I ask for it. Sometimes I struggle to ask! There is some evidence that holding grudges can affect us physically, sometimes causing illnesses. While it can be disputed how much holding a grudge affects us physically, what is certain is that refusing to forgive is terminal to us spiritually.  As a closing thought, have you ever wondered what would happen to you if God refuses to forgive your sins?


To forgive someone who really hurts you is not an easy thing to do. It takes time, effort, energy, and the Grace of God to let go.
But we must forgive, as the blessings of forgiving the other person outweighs the hurtful things done to us.
“Therefore, as the elect of God, holy and beloved, put on tender mercies, kindness, humility, meekness, longsuffering; bearing with one another, and forgiving one another, if anyone has a complaint against another; even as Christ forgave you, so you also must do.”
Colossians‬ ‭3:12-13‬ ‭

And the Bible got left on the shelf...