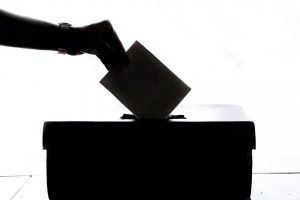 Many of us identify with a particular political ideology. It determines how we vote and in some cases, becomes part of our identity. In our day of political polarization, anyone who disagrees with our political ideology is the enemy. Therefore, I must make every effort to ensure they don’t get into government or hold positions of authority. Unfortunately, this has seeped into the Church too. Spend a few minutes on social media scrolling through comments from Christians on the feeds of Christians with whom they disagree, it is often vile and hateful. It doesn’t stop there. Some Christians will not attend a church if the pastor has differing political views. Often, we let politics sow division in the Church.

When the Son of God took on human flesh, He walked into a political minefield. His people, the Jews, were under Roman occupation. The Romans subjugated the Jews by force, taxation and political manoeuvring. In other to control the people, the Romans had to strike mutually beneficial deals with the Jewish leaders – the Sadducees and Pharisees. The Sadducees controlled the Temple and oversaw worship practices. This gave them tremendous influence over a nation where the Temple was the seat of government. The Pharisees, on the other hand, were the guardians and teachers of the Law of Moses. This also gave them huge influence over a people whose constitution was that Law.

There were other parties like the Herodians who sought to break away from Rome and establish a Herodian dynasty. There were also the Zealots who were freedom fighters and hated everything about Rome. They did their best to stage a revolt, making them a problem for the Romans and the Jewish leaders. The Pharisees and Sadducees needed to keep Rome happy to maintain their positions of influence. To do so, they had to ensure that there was no civil unrest. Interestingly, Jesus didn’t join any of the political parties of His day. He knew that the solution to our problems didn’t lie in politics. Our problem is a heart problem [Jeremiah 17:9] and you don’t fix heart problems with laws and policies. Nevertheless, the Jewish leaders saw Jesus as a threat to their positions of influence. So, they conspired with the Romans to kill Him.

Unfortunately, Christianity and conservative politics go hand in glove in some parts of the world. Liberal and centrist parties are the enemy and mustn’t be allowed to hold power. How sad it is when Christians are known more for their political affiliations than for being Christ-like. Take the issue of abortion for example. Abortion is sinful and violates God’s law. God hates abortion, but He also hates injustice, be it social or racial. Yet, Christians will often champion anti-abortion laws and care very little for their neighbour or injustices they experience. Christians will champion anti-gay laws but say little about immoral practices in their workplaces, churches and governments. Additionally, we sin when we idolize our politicians by putting our faith in them or their policies to save us. God hates all forms of injustice, injustice and idolatry, do we? Or do we make compromises when it suits us?

If Jesus were to come in our day, I wonder how many conservative Christians would be offended if He ate and drank with the LGBTQ community or any other group considered morally bankrupt? Would Christians on the Left persecute Him if He associated with Right-wing politicians and vice versa? Jesus was an enigma to those who expected Him to adopt their political ideology because that wasn’t His mission. He wasn’t a Conservative, Liberal, Leftist, Rightist or Centrist. Furthermore, I’m certain He wouldn’t join any of our political parties today. Jesus is a King and His objective is to establish the kingdom of God which has a radically different ideology. He isn’t interested in jostling for political dominance, He wants to fix our heart problem and make us right with God. This is the only solution to the issues of injustice and immorality we experience in our world.

It’s also worth remembering that God’s system of government is a monarchy. Mankind was never meant to govern itself. Someday, Jesus will return as King. But in the interim, anyone who claims to be a follower of Jesus must remember that every other affiliation, including political ties, is a distant second to our allegiance to Jesus. This means that the teachings of Jesus determine how we live; what we champion or oppose and how we do it. It also determines how we treat the people we don’t agree with. As Christians, we must imitate the example of Jesus. He didn’t agree with sinners, yet He treated them with love because He saw their essential worth, as human beings made in the image of God. He would later die so that every human being, including those who persecuted Him, could be reconciled to God.

As followers of Jesus, we advance His kingdom within our spheres of influence by loving people, even our enemies. This is how we demonstrate our allegiance to Him. We don’t seek to marginalize or dominate the people we love. Rather, we seek their highest good. Therefore, we fail as Christians, if we lust after power or marginalize any group of people by our actions. Additionally, we advance Jesus’ cause by actively fighting against all forms of injustice, immorality and idolatry wherever they exist. This is how we act justly, love mercy and walk humbly with our God [Micah 6:8].

It’s up to us, not our politicians or policies to advance the kingdom of God. We are to do so by acting with integrity and being gracious in our speech, not through winning arguments and dominating those we disagree with. We must never forget that God cares more about how we treat people than the political ideologies we hold.