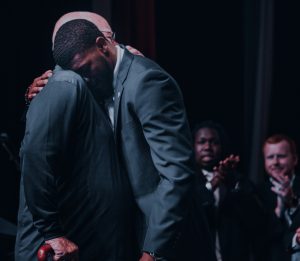 If you have ever spent some time in a church or a Christian school, you have probably come across the Lord’s Prayer. This is quite possibly the most well-known prayer in the world. The prayer has five requests but only one of the requests is conditional on how we behave. We can rush through the prayer without really considering the implications of “…forgive us our offences as we forgive those who offend us” [Matthew 6:12]. William Arthur Ward once said:” …we are most like God when we forgive.” For many of us, forgiving others is the deepest struggle in our Christian walk. However, it is a non-negotiable for God. You simply can’t claim to be a Christian and not forgive.

Sadly, even in the Church, forgiveness is often lacking. Many churches have split because members can’t forgive each other. In the home, the divorce rate is similar among Christian and non-Christian couples. So many families have been torn apart because of resentment and communities, even entire nations, go to war because of grudges held over decades. Sometimes, these grudges last generations and second, third, even fourth generations end up fighting themselves because their parents couldn’t forgive each other.

Jesus as ever led by example, even with His dying breath. Hanging stark naked on the cross after hours of being tortured and humiliated mercilessly, He forgave His torturers and those who conspired to kill Him. I doubt anyone reading this has suffered worse than Jesus did, so we have no excuse for unforgiveness if we are going to follow His example. I have heard people say, that was Jesus, I am only human. Jesus was fully human and thankfully, there are Christians who have followed His example.

Philip Yancey in Rumours of Another World recounts a true story of one such example. In post-apartheid South Africa, Nelson Mandela and Bishop Desmond Tutu set up the Truth and Reconciliation Commission. The commission allowed perpetrators of gross human right violations to voluntarily confess their offences to their victims and request amnesty from civil and criminal prosecution. At one hearing, a police officer recounted a story where he and other colleagues fatally shot an 18-year-old black boy and set him on fire to destroy the evidence. Eight years later, the same officer and his colleagues returned to the boy’s home. They seized his father and forced his mother to watch as they bound him to a pile of wood and set him on fire. Facing the policeman at the hearing, the mother told him she forgave him and that God had forgiven him too. She then invited him to spend a day with her twice a month so that she could be a mother to him since she had no family left. As she approached to hug him, the officer fainted, overwhelmed!

Jesus in one of His teachings on forgiveness said that if you are presenting your offering at the altar (for example, going to church) and you remember that someone has something against you (i.e. not just if you have a grievance against them but also if they have a grievance against you), leave your gift at the altar, then go and make peace with them. Afterwards, come back and present your offering [Matthew 5:23-24]. I wonder how many Christians practice this. Do you practice this? I have heard people say, I am not ready to forgive yet. Firstly, Jesus doesn’t give us the option to hold onto our grudges. Secondly, you do not know how long you have to live. There are no guarantees that you’ll be alive by the time you are ready to forgive.

In another teaching on the consequences of unforgiveness, Jesus tells a parable of a servant who owed his master a debt he could never repay. His master showed mercy on him and cancelled his debt. Later, the same servant came across someone else who owed him a significantly smaller debt. The servant refused to show mercy and insisted that his debtor repay his debt in full [Matthew 18:21-35]. We behave like this servant when we refuse to forgive because we owe God a much greater debt than anyone could owe us. The sins we have committed against God are much worse than any offence anyone could commit against us. If we refuse to forgive, then like that servant, we will have to face the justice of God rather than His mercy. Are you really ready to meet God with an unforgiving heart?

Christmas is a great season for reconciliation because it provides an opportunity to reflect on what God has done for us. Because of Jesus, we can pray, “forgive us our sins…” and know that God forgives us and wipes away our guilt. He guarantees to forgive all our sins and never remember them [Jeremiah 31:34]. Examine your own life. Is there someone you need to make peace with? Is there someone asking for your forgiveness and you are withholding it?

Occasionally, I hear people say “…but she hasn’t said sorry”. Where in the Bible does it say we should only forgive people who have apologised or shown remorse? I have also seen people claim to forgive but their actions betray their malevolence. As Paul warned the Early Christians, God is not mocked [Galatians 6:7]. Sowing unforgiveness we will reap the wrath of God’s justice. God alone knows whether you are sincere or faking it where forgiveness is concerned. Even in the hardest situations imaginable, He will give us the grace to forgive if we ask for it. However, He will never permit our refusal to forgive, regardless of the offence.

Forgive so that you can be forgiven. That’s a command…not a suggestion.

What ever happened to spiritual warfare?

What if the first Christmas never happened?