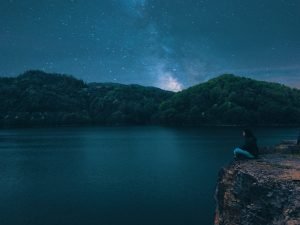 Have you ever wondered how you came into being? How your parents met and the chances that they didn’t? I think of my son, for instance, anyone who knows how I met my wife can attest that our meeting was highly unlikely. Therefore, my son’s existence was also highly improbable. My wife and I had no mutual friends before we met and we lived in different parts of the country. We have vastly different careers and operated in different social and religious circles, so it was more plausible that we would never meet. Yet a series of one-off events brought us together and led to my son’s birth. In fact, if he was conceived 24 hours earlier or later, it might have been another egg or another sperm, and we would have had a different child.

As one preacher put it, quite often, we are totally unaware of the pivotal events that occur in our lives. It is usually in hindsight that we realise how pivotal a seemingly unimportant decision was. Some of those decisions were made by others and resulted in us coming into existence. Scientists have calculated the scarcely believable probability for the existence of our planet, the milky way galaxy and the universe at large. Looking at all this through the lens of human reason, I can understand how people might say that our existence was down to random chance.

Yet, there is an alternative explanation. The opening statement in the Bible is: “In the beginning, God…” [Genesis 1:1]. C S Lewis famously said: “I believe in Christianity as I believe that the sun has risen: not only because I see it, but because by it I see everything else.” When our existence is viewed through the lens of what the Bible teaches, then the concept of chance is completely eradicated because God affirms that our existence is intentional and not accidental. Intelligent design in creation further affirms that creation was extremely deliberate. What might seem like a random series of unlikely events are subject to the sovereign will of a Creator.

It is worth reflecting on your origin because if you were purposely willed into existence by God, then you have intrinsic worth placed on you by God. Conversely, if you are the result of random chance, then what do you make of the value of your life or any life? How do you view creation? There is some much debate about taking care of our planet, euthanasia, abortion, racism, sexual identity and so on. How different these debates would be if we viewed creation from God’s perspective. As Ravi Zacharias puts it “we are created by God which means the implications are sacred”. From God’s perspective, human life is sacred because we are all made in His image, which means our identity is God-given. Additionally, God has given us dominion over the rest of creation but He expects us to be good stewards.

The origin of God’s people in the Old Testament is instructive for our individual stories. Israel was conceived in the most unlikely of circumstance when 89-year-old Sarah conceived and bore 99-year-old Abraham a son [Genesis 21:1-7]]. That son, Isaac, and his wife Rebecca struggled for two decades to have children [Genesis 25:19-27]. Then when Isaac was 60, his wife bore him Esau and Jacob. Esau in a vulnerable moment sold his birthright to his younger brother Jacob [Genesis 25:29-34]. Jacob with the help of his mother also stole the blessing meant for Esau along with the covenant God made with his father and grandfather [Genesis 27]. Jacob, a lifetime hustler, found himself wrestling with an angel because he wanted to be blessed. The angel gave him the name Israel because he struggled with God and prevailed [Genesis 32:22-32]. Jacob went onto have 12 sons whose descendants became the 12 tribes of Israel.

These unlikely series of events resulted in the birth of the nation of Israel. God would subsequently use this one nation to reveal Himself to mankind. Through the story of God’s relationship with Israel, we know His character and His plan for all creation. He has forever linked Himself to this one nation as the God of Israel. It is also through this one nation, that God took on flesh and became a man, like us. And through Jesus, we fully understand how God feels about us, who we are, the value and intrinsic worth He places on all of us and ultimately, His offer to us to spend eternity with Him.

There are competing worldviews about how we got here. However, I think it’s worth reflecting on this from a personal perspective. How did you get here? Do you see your existence as a result of random chance or a meaningless cosmic accident? Or do you see your existence as intentional, willed by a God who knew you before you were conceived in your mother’s womb? If God has decreed your existence then your life has a purpose. You have a place in the cosmos that is uniquely yours to fill. What God did on a national scale with Israel, He can do with your life. He can use your life, your personal story to reveal Himself to those around you who do not know Him yet.

One of the other implications for us is this: if our existence is a result of the intentional will of God and He has done so for a purpose, are we working with Him to fulfil that purpose? Or are we doing our own thing? Is it possible to find fulfilment if we are not serving the purpose for which God created us?

The substance of the cake