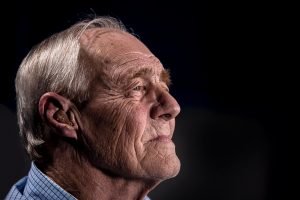 I often hear people say “God told me to do this or that…” Usually, my immediate thought is “how do you know it’s God?” I faced this question recently as I followed through with a big decision I believe God led me to make. Even as I write, my decision stalks me because tough decisions invariably bring periods of doubt. I didn’t hear an audible voice or see a vision but I was convinced enough to make the decision. I am now facing the consequences and sometimes I do wonder: “Did I hear right?”

There are instances in the Bible where it was unmistakable that God had asked something of an individual. I think of Paul in the book of Acts, he heard an audible voice and saw a vision that blinded him [Acts 9]. There is John in the book of Revelation who also heard a voice and saw a vision so frightful that he passed out [Revelation 1]. In the Old Testament, I think of Jeremiah, he argued with God as he was commissioned because he didn’t want to be a prophet. At least he recognised that it was God asking [Jeremiah 1]. There are many other examples and I find myself wishing that I had the same clarity as they did.

There are some examples I feel I can relate to more though. In Genesis 18, Sarah, the wife of Abraham overhears something so preposterous that she laughed. One of the visitors Abraham was entertaining told him Sarah would become a mother in a year. Ordinarily, that wouldn’t be preposterous, but Sarah was an 89-year-old barren woman with a 99-year-old husband. Sarah displayed a doubt I can understand because she probably couldn’t imagine how what she heard was going to happen.

However, Gideon’s response in Judges 6 is one of my favourites because I have done the same. It shows God’s patience in the face of our doubts and disbelief when He asks us to do something improbable. Gideon is called to save Israel from the hands of armies who had ravaged the land and forced them to flee their homes. The angel who delivered the news called him a “mighty warrior”. I can imagine Gideon looking around wondering “do you mean me?” because later, he tells the angel: “My clan is the weakest in the whole tribe of Manasseh, and I am the least in my entire family!” Gideon then proceeded to test the angel 3 times before he was convinced.

You could argue that Gideon was able to test the angel until he was convinced. He could have a conversation with someone face to face but for many of us, this isn’t the case. Often it is an inkling we can’t shake, a strong desire or hunch to take a particular course of action we can’t explain or sometimes it’s a dream. Occasionally, there might be a significant element of risk associated as well. Hearing God isn’t an exact science, you get better with practice, but first, you have to figure out how God speaks to you. This varies with each person but I have found that I hear God better when I set aside quiet time for prayer and reflection.

With the best will in the world, it is unlikely we will hear God correctly 100% of the time. I read somewhere that: “when God puts a calling on your life, He already factored in your stupidity.” I find that comforting. I don’t believe God expects us to get our decisions right all the time, but I do believe He is awesome enough to bring about the right outcome regardless. Nevertheless, I also believe that He does expect us to do our due diligence and have God-centred motives. Additionally, He usually confirms what He’s asking us to do through people around us or some other means but He usually confirms His Word.

If you’re ever in doubt, ask yourself: “does what I am hearing contradict the Scriptures?” For instance, God isn’t going to tell us to commit murder, adultery, bear false witness, take a bribe, steal or hate our neighbour. He isn’t going to tell us to oppress the powerless or the vulnerable. He isn’t going to ask us to compromise our integrity or indulge our self-centred ambitions, greed, lust or pride. God wants to partner with us to redeem the world, so what He asks of us will usually help us become better followers of Jesus, serve others and advance His kingdom.

As I said earlier, what God asks of us may involve some sacrifices on our part. Bad things may even occur as a result of doing what we believe God has asked of us. This doesn’t mean we heard wrong. Remember that all things work together for good for God’s children [Romans 8:28] because He sovereignly orders the steps of the godly person [Psalm 37:23] who obeys Him. In fact, my conviction is that I can only go wrong if I willfully disobey God and ignore the still small voice of the Holy Spirit cautioning me against a particular course of action.

I believe that God is pleased with our efforts to please Him and do what we think He has asked of us even when we get it wrong. Therefore, He won’t just stand aside and let us fail, He is not that kind of God. It can be incredibly difficult to figure out if we heard Him correctly though and often we are left wondering, “what do I do next?” That said, I want to encourage you to take that step of faith because if you earnestly seek to obey God, He will certainly have your back. Ultimately, that’s all you really need.

“And we know that all things work together for good to those who love God, to those who are the called according to His purpose.”
‭‭Romans‬ ‭8:28‬ ‭NKJV‬‬

I always look forward to Ramblings of a pilgrim Monday morning. It such a great inspiration and blessings to me.

I love this. It’s so so inspiring.

I believe God works in mysterious ways.
I had a dream about my future I saw my self playing football I thought it was just a dream and then I prayed over it and asked God to show me what he wants me to become in future and then I went to bed that night the same dream came up and kept coming consistently for a week and then I became confused. Does this mean God is speaking to me? Because I don’t see anything football in the bible

“when God puts a calling on your life, He already factored in your stupidity.”

I find that very comforting!!

What do I do next?