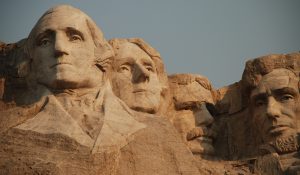 My 5-year-old son is coming into his own. It has been interesting to watch his awareness of how the world works evolve. One day while playing with little his sister, he voluntarily tells me “daddy, I’m the boss!” Taken aback, I asked him, “what about your sister?” without missing a beat, he responds “she’s my servant”, to which his sister looks up, somewhat puzzled. My 2-year-old daughter doesn’t take any prisoners, so suffice it to say her brother would be in for a shock if she understood what was going on. You could chalk this down to one of those things kids say and it is certainly that. However, I think my son inadvertently touched on something intrinsic to human nature. Most of us would rather be the boss than the servant. We naturally gravitate towards a position of power. We naturally like power.

Lord Acton, a British Historian, once said: “power tends to corrupt, absolute power corrupts absolutely.” This is all too evident in our might-is-right world. Those in power tend to force their will on those less powerful. History is full of tyrants who oppressed and persecuted others because of their race, creed, sex, etc. or just to enlarge their territory. We hear gruesome stories of warlords who led ethnic cleansing campaigns and slaughtered thousands, many of whom were defenceless. Darwin may have coined the phrase “survival of the fittest” in his attempt to explain evolution but where power is concerned, this tends to mean when in power, crush the opposition. This isn’t just a problem out there in military and political circles, it is also prevalent in the workplace and sadly, on occasion in families. Most of us have heard or even experienced bosses or parents who have ruled with an iron rod. They had some measure of power over a group or family and made sure everyone knew who was boss. An attempt to question or challenge that authority would be met with a disproportional show of power.

None of this is new. For instance, around 700 BC, Israel was oppressed by Babylon. The Babylonians were cruel masters who caused immense pain and suffering. This is the context within which Isaiah prophesied concerning the fate of Babylon and its king: “On the day the Lord gives you [Israel] relief from your suffering and turmoil and from the harsh labour forced on you, you will take up this taunt against the king of Babylon: How the oppressor has come to an end! How his fury has ended! The Lord has broken the rod of the wicked, the sceptre of the rulers, which in anger struck down peoples with unceasing blows and in fury subdued nations with relentless aggression” [Isaiah 14:3-6 NIV]. Isaiah continued: “The realm of the dead below is all astir to meet you at your coming. It rouses the spirits of the departed to greet you, all those who were leaders in the world. It makes them rise from their thrones all those who were kings over the nations. They will all respond, they will say to you, “You also have become weak, as we are; you have become like us.” All your pomp has been brought down to the grave, along with the noise of your harps, maggots are spread out beneath you and worms cover you” [Isaiah 14:9-11]. This actually did happen because today you would have to excavate modern-day Iraq to find any traces of the once-great Babylonian empire, yet Israel remains today. This should be stark warning to anyone out there abusing their power.

In today’s power-hungry society, we ought to remember that none of us is the source of any power we possess. Jesus once said “Do not be afraid of those who kill the body but cannot kill the soul. Rather, be afraid of the One who can destroy both soul and body in hell” [Matthew 10:28 NIV]. While He said this in the context of His followers facing persecution, it is a reminder that we are all finite regardless of how powerful we think we are. James says that human life is like a vapour, “a mist that appears for a little while and then vanishes“ [James 4:14 NIV]. How true that is. More importantly, we are not the boss, we are all accountable to God for how we use the power we are given. Most, if not have all of us, have a measure of power over another person. We can choose to use our position of power to fight for the weak, protect the rights of the powerless and do good. Alternatively, we can use it to oppress or exert undue influence over others. We can choose to stand up for justice whenever we are called upon to do so, be ambivalent, do nothing or worse still, side with those doing the oppressing. Whatever choice we make, it is worth bearing in mind that we are in a position of power for a season and we are not all-powerful. The One who is all-powerful is watching and one day, we will have to give account.

I do sometimes wonder if today’s political leaders realise that their power is finite and time-bound. So many act as though they will hold those positions forever. Some find ways to hang onto power by any means necessary. Some rule by terror and delight in squashing any opposition. So few are humble and seem aware of their finitude. In our lifetime, we have seen dictators stripped of their power and forced to run and hide in caves. We have also seen once-powerful company bosses disgraced and stripped of their positions. Some many of them started off with good intentions but got corrupted by the power they possessed. This is why as Christians, we are called to pray for “rulers and all those in authority, that we may live peaceful and quiet lives in all godliness and holiness” [1 Timothy 2:2 NIV]. It is so important to hold our leaders in prayer as their decisions have ramifications for us and them.

For all of us, Jesus remains the standard. He had all the power but used it only for the good of others. When His disciples squabbled about who was the greatest, He told them “whoever wants to become great among you must be your servant.” [Matthew 20:26]. God gives us power to serve others. He demonstrated this in Jesus, who was the Servant King. Therefore, whenever we find ourselves in a position of power over others, let us remember that we have been given that power for a season to be a force of good and to serve others especially the weak and powerless.

“Servants be obedient to those who are your earthly masters, with respect for authority, and with a sincere heart [seeking to please them], as [service] to Christ– not in the way of eye-service [working only when someone is watching you and only] to please men, but as slaves of Christ, doing the will of God from your heart; rendering service with goodwill, as to the Lord, and not [only] to men, knowing that whatever good thing each one does, he will receive this back from the Lord, whether [he is] slave or free. You masters, do the same [showing goodwill] toward them, and give up threatening and abusive words, knowing that [He who is] both their true Master and yours is in heaven, and that there is no partiality with Him [regardless of one’s earthly status].”
‭‭EPHESIANS‬ ‭6:5-9‬ ‭AMP‬‬
http://bible.com/1588/eph.6.5-9.amp

Where are the role models?