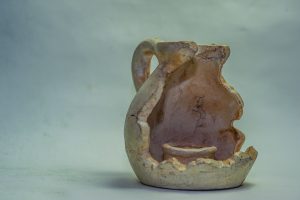 I am certain for most of us, our first thought would be, “yes, of course, everyone is welcome in my church!”.

Well, let’s imagine a prostitute walked into your church wearing her street clothes. She walks up to where you are sitting and sits next to you. She smells like she’s been partying all night too. Be honest, how would you feel?

Truthfully, I would be a little uncomfortable. Why is that? I think some of us expect a certain type of person in the church…well dressed, spiritual and has got it all together. Unfortunately, this perception has seeped to the outside world and now, the world expects that you have to be a certain type of person to go to church. It’s likely the prostitute would probably not feel welcome or uncomfortable either.

There is a story of a woman caught in adultery in John’s gospel [John 8:1-11]. For anyone unfamiliar, an unknown woman was caught in bed with a man who wasn’t her husband. There was no doubt about her guilt, and she was brought before Jesus. Now, by Mosaic law, such women were to be stoned to death. The religious leaders were keen to see what Jesus would do; they wanted to trap Him so they could bring charges against Him. John says that Jesus wrote something on the ground as the gathering mob was baying for blood and then said: “Let anyone of you who is without sin be the first to throw a stone at her.” Some have speculated that He was writing down the sins of the religious leaders and the mob. It might be because it seems whatever Jesus wrote along with what He said convicted and drove them away.

We may say, “we are all sinners” suggesting we are all equally wretched but do we really believe it? What do our actions say? Do we think the adulterer or prostitute is a worse sinner than us?

One conclusion we can draw from this story is that some sins are visible, easy to spot while others are not. But God sees everything [Luke 11:39] and Jesus called out the Pharisees about this [Matthew 23:25-26]. Moreover, God really despises pride because it makes us feel superior to that other sinner over there and prevents us from truly appreciating our vile bankruptcy before Him [Romans 3:9-20].

It is on this account that Jesus told the parable of the Pharisee and the tax collector [Luke 18:9-14]. In this story, two men go to the temple to pray. The Pharisee, comparing himself to the tax collector, informs God how good he is. He fasts and pays his tithes unlike the sinner next to him. “But the tax collector stood at a distance. He would not even look up to heaven, but beat his breast and said, ‘God, have mercy on me, a sinner.’ [Luke 18:13 NIV]. Jesus as He concludes the story adds: “I tell you that this man, rather than the other [Pharisee], went home justified before God. For all those who exalt themselves will be humbled, and those who humble themselves will be exalted.”

I must confess that whenever I hear either the story of the adulterous woman or the Pharisee and the tax collector, I rarely consider who I’d be in the stories. However, on reflection, my actions do speak. We tend to have cliques inside and outside the church. Truth be told, not everyone is welcome in our circle. Christians can unconsciously set standards which we expect the people we associate with to meet, and then act superior to people we judge to be below those standards. Jesus says it’s not the healthy who need the doctor but the sick. However, it is easy for me to feel I have a common cold, and others have cancer. In the story of a sinful woman who wept on Jesus’ feet and wiped those tears with her hair [Luke 7:36-50], I have often wondered if I repent of my sins in the same way. She knew she needed forgiveness desperately – do I? Does that inform how I see others?

As Philip Yancey puts it in his book What’s So Amazing About Grace, Christians need grace-healed eyes. First to recognise our own wretchedness and then to disabuse us of any superiority complex. When we truly understand the forgiveness we have received in light of our fallibility, it is much harder to pass judgement on others. Likewise, when we understand how God feels about all sinners, we know that He is eager to receive that prostitute or adulterer into His family. God says come as you are, broken and wretched, I will fix you. He doesn’t say clean up your act before you come to me because He knows that a broken clay pot is incapable of fixing itself. It is only the potter that can put it back together. And we are all broken pots.

A Christian should be someone who realises their brokenness and has sympathy for the brokenness of others. For that reason, a gathering of Christians should be a refuge for broken people where everyone can experience the love of God, instead of the judgement of His people. According to Philip Yancey, the church should have grace on tap because the people there know what it is like to thirst for grace and receive it freely. Think of what courage it would take a prostitute to walk into your church? Imagine how that prostitute would feel if they were truly welcomed? Think of the party in heaven if she came to receive Jesus [Luke 15:1-7].  Now imagine the difference in society if Christians were known as welcoming and non-judgemental and people wanted to be around us because of how we treat them and each other.

As Christians, we need to be more loving, gracious to one another and not judgemental. Church should be a place of refuge to the lost, and not a court house where people are judged.

A loving attitude is not synonymous to approval. Humans are prone to extremities. Love should be shown but the one being shown love, should also be told the truth without condemning the person. Again proper dressing, much as is desired is not a yardstick to define who is a Christian. Jesus’ teaching clearly showed the two. Definitely Christians should always have the mindset of ministers of reconciliation. With such mindset we’d be able to balance the two. Saying the truth without personal condemnation. The Word of God condemns sin and gives room for repentance.