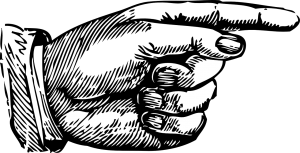 I wrote several weeks ago about the undecided young person in church because I could relate to that season in my life. While I was not undecided per se, a lot of things did not make sense to me then. What’s more, there seemed to be people in church, usually at the front, who definitely knew what they were doing or at least that’s what I thought at the time. They seemed closer to God, this all made sense to them. I had built a hierarchy of importance or proximity to God in my head concerning the people I saw. Those at the front were closest to God, they were the ones that prayed whenever there was corporate prayer in church. They were the ones that did any readings, provided counsel and led events. It seldom, if ever, occurred to me that God would want to use me for anything. I wasn’t super-spiritual, I did what I was told even if I had no idea why but that was the extent of my contribution. I wonder how many people feel that way. Do you feel that way today?

Gideon [Judges 6 – 8] definitely felt that way. He was called by God to save Israel at a time when Israel’s neighbour repeatedly invaded them and destroyed their crops (the worst thing you could do to a country entirely dependent on agriculture at the time). Their enemies laid waste to their land [Judges 6:5]. It is in the midst of this strife and desolation that God calls Gideon to lead the armies of Israel against their enemies. An angel appears to Gideon, calling him a mighty man of valour and then gives him this assignment [Judges 6:12-14]. You could almost see Gideon look around him puzzled, “are you talking to me?” God then reassures Gideon reminding him that He brought the children of Israel out of Egypt. He explains that what was currently happening to Israel was a punishment for sin but a time for liberation had come. Gideon would be His chosen instrument to liberate Israel from their enemies.

As the conversation ensues, Gideon deems it necessary to remind God that he was the least in his father’s house and his clan was the weakest clan in his tribe. That is to say, I am nobody, why would You ask me? Gideon can’t bring himself to believe what God is calling him to do. As the story unfolds, we see Gideon ask God on three distinct occasions for a sign [Judges 6:17-21, 36-38, 39-40]. On each occasion, God patiently obliges. I find it reassuring that God doesn’t rebuke Gideon for asking for the signs, He meets Gideon where he is at. Gideon has an inferiority complex and God is helping Him overcome it. You see, the mighty deeds Gideon will go on to perform will not be down to Gideon but to God. it is God alone who achieves the result He wills for His glory [Isaiah 42:8]. This is always important for us to remember because when God calls us to do something, the pressure is not on us to make it happen. Ours is to make ourselves available and in obedience, do what we are told to do.

Gideon is very relatable in this story for most of us. Like him, we fail to see ourselves as God sees us. David tells us in the magnificent 139th Psalm that we are fearfully and wonderfully made [v14]. Each of us is distinctively crafted [v13] as a unique specimen of humanity. There has never been anyone like you nor will there ever be. All too often, the circumstances of life conspire in deceiving us to believe we are less than God created us to be. As such, we are riddled with doubt about the fact that we can be of any use to God. We see other people who seem better placed and better equipped to be used by God and so we rule ourselves out of God’s service. Well, no one is too pathetic to be used by God. In fact, the more pathetic the instrument, the more God’s glory shines through in the situation. If David had been a big muscly guy when he slew Goliath instead of a scrawny teenager, we would have seen less of God in his victory over Goliath.

It is also worth remembering that God may not necessarily call you to lead an army as was the case with Gideon but that doesn’t make what He asks of you any less significant in His sight. What makes the assignment important is not how great or small you perceive it to be, it is the fact that God is asking it of you. God is sovereign and He alone knows how the pieces of our lives fit together. We are all called to do our bit in expanding God’s kingdom. For some it might be to lead a huge revival, for others it might be to lead one person to God so that they, in turn, can lead a huge revival. I often think about Adolf Hitler’s life. Was there a point in his life when the influence of an acquaintance could have led him in a different direction? I wonder if when we get to heaven we might find out that God had assigned someone to lead Hitler to God and change his destiny. Imagine how many lives that would have potentially saved. God readily wants to partner with us to bring about His will. It is essential we do not underestimate the far-reaching impact of a seemingly minuscule thing God asks of us.

Back to Gideon though, what was going through his mind after fire consumed his offering as part of the first sign [v21]. Maybe like some of us, he may have tried to rationalise the sign. Maybe he thought there was another explanation for what happened. The fact that he asked for two more signs suggests that there was an element of doubt in his mind concerning what he heard. My very first blog elaborated on what I termed spiritual inertia, a reluctance to act on something God has laid on our hearts. While this reluctance does not serve God’s purpose, it is equally important to ensure we have heard God properly before acting in His name. God gives us the grace to do what He has assigned for us, but I am not certain the converse is true. So, it is important to seek confirmation that God has truly asked us to undertake an assignment because we will fail trying to act in our own strength.

However, when we have that confirmation, we must act decisively as Gideon did. We must act in the knowledge that the God who has sent us the assignment will not abandon us and He will make us fruitful. Gideon is mentioned in Hebrews 11 as one of the stalwarts of faith [v32] in that great cloud of witnesses. Responding in obedience to God’s call to serve Him tends to make us the best version of ourselves.

If only I could know for certain what God requires of me? Your post today tugs aty heart, probably because for a long time now, I have not asked the question, is it me or God’s? Thanks again for this great message

May we know who we are in Christ. “I am the vine, you are the branches. He who abides in Me, and I in him, bears much fruit; for without Me you can do nothing.”John‬ ‭15:5‬.

Thank you for another inspiring message. I pray for more anointing. God bless you Charles.

What are your options?

How do you use your power?