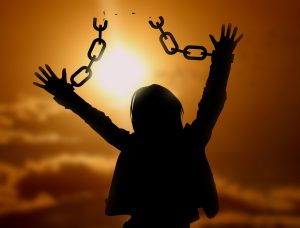 It is a scene akin to a young politician with a burgeoning reputation going back to his hometown to launch a campaign. Jesus after overcoming the devil in the desert, makes a stop at Galilee and then, onto Nazareth where He was raised. He goes to the synagogue on the Sabbath, He then stood in front of everyone to read these words from the scroll of Isaiah: “The Spirit of the Lord is on Me because He has anointed Me to proclaim good news to the poor. He has sent Me to proclaim freedom for the prisoners and recovery of sight for the blind, to set the oppressed free, to proclaim the year of the Lord’s favour.” With everyone’s eyes still focused on Him, He added: “Today this scripture is fulfilled in your hearing.” [Luke 4:1-21]. It sounds like a mission statement.

Those were highly charged words in the socio-political context of the day. Israel was under Roman occupation, they were heavily taxed and oppressed in their homeland. About 700 years earlier, God had promised to send a Messiah, a leader like David. The nation was at its zenith during the reign of the all-conquering David, free and prosperous. So, the hope was that the Messiah would bring back the good times and Jesus essentially announced Himself as that Messiah.

Jesus, however, did not just come to offer political freedom; He came to offer so much more. John tells us that as God’s law came through Moses, grace and truth came through Jesus [John 1:17]. Furthermore, Jesus Himself told His disciples that if they hold onto His teaching, they will know the truth and the truth will set them free [John 8:32]. It is evident that God is very concerned about our freedom. But do we know that we are oppressed and need saving? In Jesus’ day, some Jews argued that they were not slaves and didn’t need Him [John 8:33].

In our world, especially in free societies, how many of us are willing to accept that we need saving? We often carry ourselves as though all is well while battling demons on the inside. Think of your own life, how many things about your character would you honestly admit needs changing? How often do you fail trying to overcome those things on your own? Many of us have destructive behaviours we cannot overcome; alcoholism, pornography, sexual promiscuity, unforgiveness, hate, bitterness, anxiety, addiction, depression, gossiping, sloth, greed, pride, lust, envy and so on. In many cases, these vices hurt us and the people around us, yet we are powerless to stop it.

The grace Jesus offers means quite literally that God proclaims you and me righteous while in our sinning state. We cannot earn that righteousness for ourselves; it is a free gift from God. Our truth is that through His resurrection, Jesus has overcome anything that would hold us bondage. Knowing and living this truth in grace is what sets us free to be who God created us to be. It breaks the tyranny of sin which enslaves and destroys us. This is salvation and it is something we cannot do for ourselves.

If like me you are struggling to be the person you want to be and unable to overcome destructive behaviours, Jesus holds out a promise of freedom. In His response to the Jews, Jesus said “very truly I tell you, everyone who sins is a slave to sin. Now a slave has no permanent place in the family, but a son belongs to it forever. So, if the Son sets you free, you will be free indeed [John 8:34-36]. Sin is rebellion against God, living life in violation of God’s purpose. It enslaves us as it separates us from God and condemns us to death. The Good News of the Gospel is that Jesus has overcome the power of sin and He has set us free from it and everything else that enslaves us. We are no longer slaves because God has set us free! This is why He came.

This is the reality God calls His children to live out. God has destroyed the power of sin over us. We are not perfect yet, so we will still sin but we are no longer slaves to sin. God has given us the power to break ourselves free from the bondage of sin. Ultimately, God’s goal is to make us more like Jesus and while we will not get there yet, God’s work in our lives should be evident in our victory over destructive behaviours. Is this true in your life? Can you name instances where you have overcome behaviours you were once enslaved by?

Paul tells us believers in Jesus, the same power that raised Jesus from the dead lives in us [Romans 8:11]. That is an astounding truth but some of us, do not feel that it is true in our case. We are often browbeaten by the battles we fight against ungodly desires and destructive behaviours we seem unable to control. I have my struggles with destructive behaviours and through God’s grace, I have overcome some. As for the others? I am a work in progress. As I battle them, I am tempted to doubt the victory over sin Jesus has won for me. But I know I must resist the devil who tries to tell me I am powerless and unable to break free of the bondage of sin. I can only do this by claiming the grace of God and each day believing more what I know to be true. Or as one preacher put it: “when temptation knocks, I give Jesus the permission to answer the door.”

Knowing Christ is such as powerful thing, that glow inside, that assurance at the worst of times, knowing that it is only through Him we are made perfect. It’s His grace that makes it possible, that I “most gladly rather boast in my weakness so that the power of Christ may dwell inside me”. 2nd Corinthians 12:9. I ain’t no slave!

But I want that apple