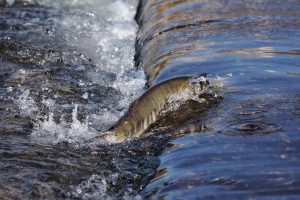 Like so many, I battle with the images that have inundated our screens in recent days and weeks. Anyone who doesn’t believe in evil should watch images of one man kneeling on another’s neck as he pleads for breath and cries for his mother, while his life slowly ebbs away. Or watch images of corpses piled in refrigerated lorries as mortuaries run out of space. Or the horrors of the most vulnerable on our planet dying from curable diseases, hunger and thirst. Or worst still, a defenceless baby killed in the womb before he or she takes its first breath. Evil violates the sanctity of human life and sadly, we see way too many examples of this.

As a parent, I often wonder what sort of world I am raising my children in. I’m angry that I can’t tell my son that as a black kid, he will always get justice. Then again, no one gets real justice. For instance, if you execute a murderer, you simply take one life for another. That’s closer to revenge than justice. It might bring closure but it never brings the victim back. If you have ever suffered an injustice, you know it’s very difficult for any justice you receive to erase the memory of the injustice you suffered. In a way, it stays with you and becomes an indelible part of your story. I want to protect my children from ever suffering injustice in the first place. But, my reality is that sooner or later, my children will face racial discrimination or even abuse and that’s hard to swallow.

The inconvenient truth is that where you’re born, your sex and the colour of your skin affect the opportunities you get in life, your quality of life and life expectancy. It’s unfair that factors I can’t control should play such a significant role in my life. However, this injustice is caused and perpetuated by my fellow human beings. Many have used their power, privilege or position to oppress others, while some consider themselves better than others because of their race, sex, wealth or status. As such, they treat those they consider inferior with disdain. As someone who has been on the receiving end of such treatment, it saddens and angers me and I sometimes want to lash out.

In those moments, being a Christian is akin to swimming against the current. I want to let my anger run riot and retaliate. Then I hear the words of Jesus, “if you want to be my disciple…you must follow me”. I am confronted by the fact that while Jesus leaves me to choose if I want to follow Him, how I follow Him isn’t left to my discretion. It’s His way only. That’s hard because He commands me to love the person who shouted a racial slur at me on the street. He commands me to love the person who threw an egg at my wife and the person who spat at my mother-in-law because of the colour of their skin. As much as my instincts recoil at the thought of showing love to someone who assaults me or my loved ones, this is what it means to love one’s enemy [Matthew 5:43-48].

Loving my enemy cannot be superficial either. My love must manifest in my willingness to forgive those who wrong me. It also doesn’t stop at wishing them well, I must be willing to facilitate their wellbeing [Matthew 5:40-41]. I find this hard and I can understand people that reject the teachings of Jesus for the same reason. However, Jesus doesn’t command us to do what He hasn’t done either. He knows what it’s like to swim against the current.  In His day, the Romans considered themselves superior to the Jews and whatever discrimination I face is nothing compared to what a first-century Jew experienced at the hands of the Romans. Yet, Jesus who could choose the where and when of His birth, as well as the colour of His skin, chose to insert Himself into the Jewish race at one of the most maligned times in their history.

I am reminded that Jesus Christ willingly endured evil and injustice for my sake. Though He was sinless and blameless, He was falsely convicted of blasphemy by His religious enemies and sentenced to die for treason by the political authorities. Yet as His violated mangled body hung on the cross stark naked, with His life slowly ebbing away with each excruciating breath, He forgave the very enemies who put Him there as they stood mocking Him. So, if He didn’t hold a grudge, neither can I if I choose to follow Him. If He forgave His enemies, so must I. These are the very moment I must pick up my cross and follow Him.

One day, the purveyors of evil and injustice will stand before Jesus. Then, real justice will be served. Till then, I must pick up my cross and follow the example of my Lord. Who knows, my example may even change someone else’s life just as the example of Jesus changed mine.

May His Grace be sufficient for us, His strength made perfect in weakness.

Thanks Charles that is an awesome reflection.

Everyone gets to play!