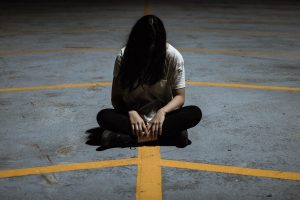 I was watching TV late one evening and as is the case these days, you are never far from a reality TV show. On this show, there was a well-known celebrity who had just undergone a sex change. I can’t remember exactly what was going through my mind at the time but I remember a part of me judging this person for what they had done. I am by no means an expert on transgender issues, neither do I understand what people that desire or indeed have undergone a sex change go through. As a Christian though, my starting pointing is that God in His wisdom and sovereignty determines the sex of every human being and He is infallible. In any case, I am not seeking to address sex change issues, I only use this example because it stayed with me and challenges my Christian response.

Whenever someone says to me “do not judge others”, this episode flashes through my mind. It also reminds me of the parable Jesus told in Luke’s gospel about the Pharisee and the tax collector. Both went into the temple to pray, the Pharisee thanked God for making him better than other men while the tax collector, acknowledged himself as a sinner before God and begged for mercy. Jesus tells us that only the latter left justified. It recently occurred to me that whenever I hear this story, I always imagine myself as the tax collector and not the Pharisee. However, upon reflection, I wonder if sometimes my actions mirror those of the Pharisee than they do the tax collector. In essence, how do I view other people in relation to myself? How often do I think of myself as better than that sinner over there? If he or she is a sinner, then what am I? If I am better, did Jesus need to die for my sins?

Jesus is called a friend of sinners. Being God, we know He abhors sin but He was able to love sinners so wonderfully that they were comfortable around Him. In John’s gospel, John recounts a story of Jesus meeting a woman at Jacob’s well. She had been married 5 times and quite possibly the talk of the town, an outcast because of her colourful life. Jesus did not condemn her but offered her salvation. He had such a marvellous effect on her that she became His first missionary. So, when I contrast how Jesus treated sinners and how I treat that sinner over there, I must say I don’t come out looking too good. The inconvenient truth for me might be that how I treat others either brings them closer to Jesus (salvation) or drives them further away because as a Christian, I might be the only bible that sinner over there reads.

I find that it is so easy to label people. I have a template in my mind as to what a good person should look and be like. Almost without thought, I put people into boxes and judge them accordingly. Someone like the celebrity I mentioned earlier easily falls into a box with a bad label. There may be others who don’t believe what I believe, who look and act differently from what I am comfortable with. My first response isn’t usually an offer of grace, so often I view them with suspicion or at best keep them at arm’s length. Worst still, if someone has a colourful past or a scandal hanging over their head, they get it bad. Especially in this day and age, whenever there is a scandal, there is a frenzy for all the salacious details. Whether the person is a celebrity or not, once it is out there, judgement and condemnation follow. That is the way of the world, not Jesus. The story of the woman caught in adultery in John’s gospel illustrates this. As the story unfolds, the mob is ready to stone the woman as Jesus begins to write on the ground. He then asks a person without sin to throw the first stone. One commentator opines that maybe Jesus listed out the sins of those who were ready to stone the woman. As each person saw their sin, overcome with conviction, they would put down the stone and walk away. Not a single stone was thrown. In the end, Jesus sets her free without condemnation and calls her to repentance. It strikes me that at no point does the woman explicitly ask for forgiveness. Would I have insisted she did that first?

James tells us that whoever keeps the whole law but fails in one point is accountable for breaking the whole law. Since only one Person ever kept the whole law perfectly, this means that we are all accountable for breaking the whole law. As such, I need saving just as much as that sinner over there. The gap between who I am and who God wants me to be infinitely wider than what I erroneously perceive as the gap between me and that sinner over there. We both stand equally condemned without the grace and mercy of God, so nothing gives me the right to judge myself better than another, let alone condemn. We are both sinners. Other may bear their sin out in the open but their sin is no worse than my hidden sin of lust, pride, greed, jealousy, etc. The world may not be able to see my sins but God does. Knowing my sorry state without the mercy of God should then prompt a response of mercy towards others. Maybe offering a prayer for the salvation of another sinner and treating them with love and kindness is a better response than judgement and condemnation.

John Newton grew up without any particular faith, he lived life as he saw fit. He was a personification of that sinner over there. He was eventually conscripted into the Royal Navy and when he left the Navy, he got into slave trade. One day while out at sea, his ship was caught in a violent storm. In desperation, he cried out to God who in His mercy saved him. This experience began his journey of faith which led him to write an all-time favourite hymn, ‘Amazing Grace’. He calls himself a ‘wretch’ in the hymn. In truth, we are all wretches, that sinner over there and this sinner over here. The only difference is that through God’s grace, this sinner over here came to know the love, mercy and forgiveness of God in Jesus. The best possible way to show gratitude is not to judge and condemn the other wretches but to do my utmost to extend God’s love, mercy and kindness to them and pray that they too come to know the Saviour.

Thank you for another inspiring message. May we always remember
“For by grace we have been saved through faith, and that not of ourselves ; it is the gift of God, not of works, lest anyone should boast.”
‭‭Ephesians‬ ‭2:8-9‬.

This message you just shared should mirror the thoughts of believers at some point in our walk with God. Thank you for reminding me to judge not for I myself am a sinner. May we never forget that🙏🏽🙏🏽

For there is none righteous, no not one (Roms. 3:10),for ALL have sinned and fallen short of the glory of God(Roms. 3:23). It is by grace that we have been saved…it is a gift of God…so no man can boast(to another wretch)Eph 2:8-9

Great word Charles. This is a stark reminder that we are all sinners saved by grace. We are what we are by His grace. ! Corinthians 15:10

One word “Grace”, that’s what we all have and we have it without deserving it! Great word and thanks for sharing it from a perspective that will no doubt challenge most of us!

A conversion story, our story

Someone is watching you