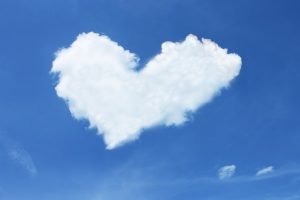 People like Richard Dawkins have a lot to say about God. In one of his famous quotes, which must have required a thesaurus, he calls God unpleasant and a bully. In some aspects of our pop culture, God has been portrayed as distant, impotent and uncaring. Even as Christians, we can portray God as a cosmic headteacher who is just waiting to smite when we sin. Needless to say, the Bible has a different view, the right view of God. In parts of the Prophets especially Hosea, God is portrayed as a heartbroken lover.

Anyone who has been in love understands that being in love makes you vulnerable to the beloved. No one can hurt you more than the one you love most. We are all familiar with heartbreaks. However, I think one of the worst types of heartbreaks is where the lover you helped build up rejects you. When you met them, they were nothing. No one else wanted them or saw their potential but you fell in love and committed to building them up. Eventually, when they became something, achieved their potential and became desirable, they break your heart and leave. It is such a sad story when people help their spouses through school, achieve a dream job or build a business and once the spouse becomes successful, they cheat, neglect or divorce the spouse who helped them achieve their success.

This is the exact sentiment portrayed in Ezekiel 16. God likens Jerusalem to an unfaithful wife and sends Ezekiel to confront His people. God reminds them that they were once nothing, undesirable and despised [v4-5]. Yet in their pitiable state, He took them in, nursed and cared for them until they became very famous and desirable [v6-14]. Then it all went wrong. God’s people became prostitutes, chasing after other gods. Giving their valuables to them and even sacrificing their sons and daughters to these idols. They completely forgot their origins [v15-22]. Ezekiel is a raw book, it is difficult to miss God’s emotions over unrequited love on its pages. I once heard that rabbis forbade people under the age of 30 from reading it. This chapter is an example of why they may have done that. God pours out His emotions as any deeply hurt lover would over being scorned and rejected in very graphic details.

If the Bible portrays God as He really is, then we have a God who pursues us with immeasurable love, the same love with which He pursued Israel. He is our faithful Lover and we are His beloved. This means He, the timeless, all-powerful God who made the heavens and earth, makes Himself vulnerable to you and me. We can grieve Him by our response to His love through what we do. Paul emphasizes this point as he explains in the letter to the Ephesians what the new life they have in Christ Jesus looks like in practice [Ephesians 4:17-32].  This God is very different from the fictitious character Richard Dawkins talks about but sadly, we are not too dissimilar of the Israelites Ezekiel confronted.

How often do we forget God and go after money, sex, fame and power? We lose ourselves in the relentless pursuit of the perishable things of this world, idolising them, all the while God is trying desperately to win our hearts. Jesus shortly before He died told His friends that if they loved Him, they would do what He says [John 14:15]. This is where the rubber meets the road to borrow a colloquialism. What do our actions say about our response to the love God has shown us? What would our spouses, children, work colleagues, neighbours and acquaintances say if they were asked about us? How do we treat those less fortunate than us, do we look down on them, take advantage and laud our fortune, power or position over them? One of the points Ezekiel confronted Israel on was how they treated the poor and needy [Ezekiel 16:49-50]. How would you do?

I am confronted and convicted by the word of God. I know to some extent the love God has for me, how far He has brought me and how desperate my existence would be without Him. Yet, I also know my actions do not measure up as a response to that love. As such, I am completely reliant on God’s faithfulness and mercy. When God first made the covenant with Israel, He told Moses they would rebel against Him [Leviticus 26:44-45, Deuteronomy 31:16]. Yet, even in the midst of that rebellion, God promised to remain faithful to His covenant and restore His people [Jeremiah 32:36-44]. Such is God’s faithfulness and it never runs out [Lamentation 3:22-23]. He knows we cannot match His love, faithfulness or holiness but still, He makes a way for me to be in a relationship with Him.

At the end of Ezekiel 16, God promises to make atonement for all Israel had done [v62]. Years earlier, God had asked Hosea to model this in his marriage to Gomer [Hosea 1]. Gomer after having borne 3 children to Hosea left him to become a prostitute, just as Israel left God. Hosea had a taste of God’s heartbreak through his experience. Then God commanded Hosea to go and pay a slave’s ransom to buy Gomer back from her pimp and make her his wife once more [Hosea 3]. When we sin, we turn our backs on God, like Gomer did and 2000 years ago, Jesus paid our ransom so that nothing would separate us from God [Romans 8:31-39]. There are no lengths to which God will not go to win us back because He is our faithful Lover. This is who our God is, do not let anyone tell you different.

Thank you Charles for this very important reminder.
Our God is Faithful and His love for us is forever.
“The LORD has appeared of old to me, saying: “Yes, I have loved you with an everlasting love; Therefore with lovingkindness I have drawn you.” ‭‭Jeremiah‬ ‭31:3‬ ‭

God loves me, the most important message in Christendom. Thank you for saying it here !