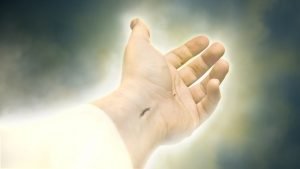 You’ve probably heard the term gospel used in Christian circles. It’s often used to describe something we should believe. It’s sometimes described as good news, but what exactly is the gospel and why should anyone care? I am a logical person, often to a fault as my wife tells me. So, I struggle to believe anything without evidence. As such, I’m glad that the Bible not only defines what the gospel is but what we are called to believe are historical events that can be scrutinised by anyone. This is important because many people have sadly rejected the gospel without investigating the veracity of its claims. This is a shame because believing the gospel requires a step of reasoned faith, not blind trust.

Paul, writing to first-century Corinthians, explains: “Let me now remind you, dear brothers and sisters, of the [Gospel] I preached to you before. You welcomed it then, and you still stand firm in it. It is this [Gospel] that saves you if you continue to believe the message I told you—unless, of course, you believed something that was never true in the first place. I passed on to you what was most important and what had also been passed on to me. Christ died for our sins, just as the Scriptures said. He was buried, and He was raised from the dead on the third day, just as the Scriptures said. He was seen by Peter and then by the Twelve. After that, He was seen by more than 500 of His followers at one time, most of whom are still alive, though some have died. Then He was seen by James and later by all the apostles. Last of all, as though I had been born at the wrong time, I also saw Him” [1 Corinthians 15:1-8 NLT].

This is the gospel. First, Jesus died for our sins. Second, He was buried. Third, He rose from the dead and fourth, He appeared to multiple witnesses at different times some of whom were alive when Paul wrote that letter. These are four objective statements about historical events that anyone can examine for authenticity. Interestingly, no one has been able to disprove any of these statements in the last 2000 years. Moreover, believing this gospel isn’t just an intellectual exercise, these events are life-changing truths and when you understand the implications, you realise that it is the best news you’ll ever hear!

Today, some reject the gospel because they don’t believe they need a saviour. Unfortunately, they don’t understand sin and its implications. The inconvenient truth is that we are all sinners. If you doubt that, imagine if your loved ones could hear or see every thought that passes through your mind. What would they think of you? Now imagine being judged by a God who is morally perfect? How depraved would you look before that God? When we see the extent of our depravity, then words like “blessed are the poor in spirit, for theirs is the kingdom of heaven” [Matthew 5:3] sound so sweet. The poor in spirit know their depravity and reach out for Jesus’ redeeming offer. Because of Jesus’ sacrifice on their behalf, God no longer judges them based on their depravity but He adopts them as heirs in His kingdom [Romans 8:17]. This is wonderful news indeed.

Some of those who reject the gospel claim the resurrection is a myth. First, the life and death of Jesus are now unanimously accepted by historians. Furthermore, the Bible dates when Jesus died to the hour and where He was buried. Then we are told He rose from the dead. I wonder how many of today’s sceptics realise that to crush the resurrection claims of His disciples, all the authorities needed to do was produce the body of Jesus. The Bible also details that some of the disciples who later defended and died for their faith were initially sceptics. These disciples were only convinced after they touched, spoke and ate with Jesus. James, for instance, was Jesus’ half-brother and a staunch sceptic while Paul hated and jailed Christians. Yet, both men testified that they were transformed by encountering the risen Jesus.

Paul also tells the Corinthians that if the resurrection is a myth then the gospel is pointless and Christians should be pitied [1 Corinthians 15:14-19]. But if it’s true, then it’s a taste of what will happen to all who put their faith in Jesus because He has overcome death for them. When they die, they will spend eternity with Jesus and one day, God will also raise their bodies from the grave, in the same way, He raised Jesus [1 Thessalonians 4:13-18]. This is marvellous news because it means amongst other things that a Christian shouldn’t fear death since what lies beyond death is wonderful and glorious. Therefore, as a believer, I live with a hope that is unavailable to an unbeliever because my future is secure.

Ultimately, the gospel is either true or false. If it’s false, it’s inconsequential. However, if it’s true, it’s the most important message any of us will hear. Furthermore, if the gospel is true, it also decides where we spend eternity and how we ought to live our lives today. Paul says that those who believe this gospel and put their faith in Jesus will have eternal life. Jesus, explaining eternal life for us, says: “Now this is eternal life: that they know You, the only true God, and Jesus Christ, whom You have sent.” [John 17:3 NIV].

When we know Jesus, He necessarily becomes the focal point of our lives. Therefore, all our priorities are subverted by His Word and doing His will becomes our life’s purpose. This is how we stand firm in the gospel. Failing to do this means we believed something different. So, what about you, do you believe the gospel? If not, why?

For this is how God loved the world: He gave His one and only Son, so that everyone who believes in Him will not perish but have eternal life. [John 3:16 NLT].

Are you bearing fruit?