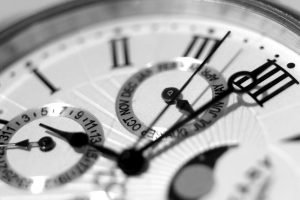 You have probably heard the expression: “it’s the hope that kills you”. It’s often used when a situation is so desperate and the outcome seems irredeemably certain. However, there is something about the human spirit that clings to hope. Interestingly, this narrative is repeatedly portrayed in many of the movies we watch. How often do you see the hero backed into a desperate situation and all hope is seemingly lost? Yet, through an improbable turn of events, the hero triumphs and we have our happy ending. Walt Disney has made a fortune out of such stories; Lion King is my personal favourite. I remember watching the original animated movie in the 90s rooting for Simba, cheering him on as his plight worsened and I was so thrilled when he finally triumphed over his devious uncle.

As adults, we often try to protect children from the realities of life. We try to extend their period of innocence because, in the real world, the hero doesn’t always have a happy ending. Sometimes, the evil uncle triumphs. It must have felt that way to the disciples of Jesus. By this time 2000 years ago, the reality of what had happened to their Master was still sinking in. It must have been a hellish nightmare. They have faithfully followed their Master for three years, and they had come to believe that He was the Messiah and He was going to restore Israel to its former glory.

Yet, in a few short days, one from their company had betrayed their Master. He was arrested by the religious authorities on bogus charges and subjected to a horrid series of kangaroo courts. Though innocent, He was subsequently found guilty for treason, tortured and killed. It must have been a gruesome gut-wrenching experience for these disciples. All their hopes were dashed and the prospect of a glorious future freed from the tyranny of the Roman Empire was gone. They must have been overwhelmed with grief and despair.

I find it fascinating that though they had spent several years listening to Jesus, they were totally unprepared for what they experienced. They had heard and seen all the marvellous deeds Jesus had performed during His ministry, yet, they hadn’t understood what Jesus meant by “…I am the Good Shepherd…I lay down my life for the sheep… The reason my Father loves me is that I lay down my life—only to take it up again. No one takes it from me, but I lay it down of my own accord. I have authority to lay it down and authority to take it up again. This command I received from my Father.” [John 10:14,15,17-18 NIV].

We can’t reproof them for their disbelief though, because our response is often similar when tragedy and calamity strike. When we encounter desperate situations such as loss of savings, breakdown of a marriage, terminal illness, sudden death and so on, we are often stricken with grief and despair. The situation seems to irredeemably hopeless that we either forget God’s promises or they ring hollow in the face of our present reality. However, just as it was with the first disciples of Jesus, we too live in the thin slice of time between Good Friday and Easter Sunday. Most of us will experience all our days in that thin slice of time.

Therefore, I know God will not be satisfied with my personal story ending in defeat, no matter how desperate things look right now. I know that while this thin slice of time might be desperately awful, I can have hope because eventually it will be dawn and the Son will rise. Then, everything will be made new [Revelation 21:5]. Easter Sunday is God’s exhibit A, evidence that He isn’t done yet. The encounter with the resurrected Jesus changed everything for His disciples. The revelation of what lies ahead put the afflictions of this thin slice of time in its proper context [2 Corinthians 4:16-18].

If you are currently going through a dreadful experience, I want to encourage you not to lose hope. Jesus has promised us a happy ending and He will keep His word. Do not judge God solely on this thin slice of time, that would be like the disciples judging Jesus solely on the period He was buried in the grave. Beyond this thin slice of time is an eternity in a place which will render all the tragedies and calamities of this life a distant memory. It will be like awaking from a hellish nightmare to a world where everything is literally perfect.


“Therefore, I know God will not be satisfied with my personal story ending in defeat, no matter how desperate things look right now” Hallelujah!

What does Easter mean for you?