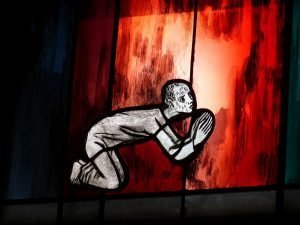 I once heard a preacher say, his troubles increased when he became a Christian. Some may recoil at that because there are people out there who have presented Christianity as a problem-free life. This is neither reality nor biblical. Jesus warned His followers that they will have trouble and suffering [John 16:33] and in the first-ever letter to the Christian church, James warned Christians that being Christlike would mean enmity with the world [James 4:4]. Essentially, if we are truly going to follow Jesus, it is going to cost us something. Unfortunately, I don’t think this part of the Gospel is preached too loudly. The reality is that neither Christians nor non-Christians are exempt from the misfortunes of life. However, in addition to this, Christians may also suffer persecution and more, for their faith. This means that as Christians, we shouldn’t be surprised by hardship.

The first Christians were a minority group in a world that was extremely hostile towards them and they were powerless to do anything about it. They faced severe opposition from the religious and political authorities of the day. Eleven of Jesus’ disciples were killed by the authorities and people knew that becoming a Christian could cost you your life. Some of the literature about the persecution of Christians in the Roman Empire make for grim reading and yet, Christianity grew. While some gave up their faith under extreme pressure, many courageously suffered persecution and martyrdom for the sake of Jesus. I wonder how I would have fared. Would I have held onto my faith with my life or worse, the lives of my wife and children on the line?

Sadly, there are places in the world where Christians are still being persecuted today. It is unjust. In fact, it is unjust to persecute anyone for their faith. God is watching and one day, these persecutors will stand before Him. Mercifully, many reading this don’t find their life or property under threat because of their faith. However, following Jesus isn’t without sacrifice. It could result in being ostracized by peers or even family, mocked for holding a biblical worldview, missing out or giving up certain experiences, being unpopular, being treated unfairly and so on. No one enjoys being an outcast and regardless of your convictions, sacrifices aren’t pleasurable experiences.

These sacrifices make life harder and it can be challenging to keep forging ahead. In times of hardship, it can be understandable to ask, “God, I put myself on the line for you, why won’t you intervene in my situation?” The doubts that result from situations we have taken a leap of faith and God has seemingly not intervened can be the hardest to overcome. Nonetheless, I do wonder if we have the right expectations of God in a broken and unjust world. When trials, pain and suffering strike, whether it is because of our decision to obey God or misfortunate in life, we rightly cry out to God to take it away. But what if God’s intention is to give us the grace to stand firm amid the trials, pain and suffering? Someone once said that “a relationship with God doesn’t promise a supernatural deliverance from hardships but it does promise a supernatural use of it”. I find this to be an accurate reflection of the reality of my Christian walk.

As I reflected on those Christians in the first few centuries, I find they left us a lesson and legacy to follow. These men and women choose to follow Jesus because of what He had already done for them as a result of His death and resurrection. They were eminently convinced that Jesus was the living God and were willing to make any sacrifice to obey Him. Are we Christians today because of what Jesus has done for us or what we want Him to do for us? If God doesn’t intervene in our time of need, do we turn our backs on Him?

Paul’s example is instructive as we deal with our own hardships. Once he became a follower of Jesus, he was repeatedly beaten, stoned, flogged and imprisoned on account of the gospel. While travelling to preach the Gospel, a mandate he received directly from Jesus, he was shipwrecked. He experienced being left out in the cold, hunger and thirst, and his life was threatened regularly [2 Corinthians 11:23-27]. Paul was eventually beheaded by the Roman authorities, but despite all the hardships he faced, he wrote this: “So we do not lose heart. Though our outer self is wasting away, our inner self is being renewed day by day. For this light momentary affliction is preparing for us an eternal weight of glory beyond all comparison, as we look not to the things that are seen but to the things that are unseen. For the things that are seen are transient, but the things that are unseen are eternal” [2 Corinthians 4:16-18 NIV].

Light momentary affliction? I struggle with that phrase in my tough seasons. However, I believe Paul is challenging us to reconsider how we view hardships and our expectations of the Christian life. Whether its hardship resulting from our obedience to Jesus or misfortunes that can befall any of us, it all pales in comparison to what awaits us if we remain faithful to God through it. So, armed with this knowledge, we can live triumphantly regardless of our circumstances. God has promised that we will never face more than we can handle [1 Corinthians 10:13]. Living triumphantly isn’t easy but we can with God’s grace, just like those who came before us. Ultimately, the tough seasons are transient but the rewards for remaining faithful are eternal.

Tough times don’t last, but it’s hard. As for me anytime I find myself going through a tough time, I always look back at my past experience. What happened and how did I get through. I realised my trust and faith in God deepens and I’m able to hang in there till victory come.
“Looking unto Jesus, the author and finisher of our faith, who for the joy that was set before Him endured the cross, despising the shame, and has sat down at the right hand of the throne of God.”
‭‭Hebrews‬ ‭12:2‬ ‭NKJV‬‬

Going through tough times has always been the toughest times of my Christian walk with Christ. But as I mature in faith; I look forward to what God is teaching me or what awaits me. It’s still not easy though but then, if not with God, who else? I see no other way but with Christ 🙏🏽

What will your legacy be?