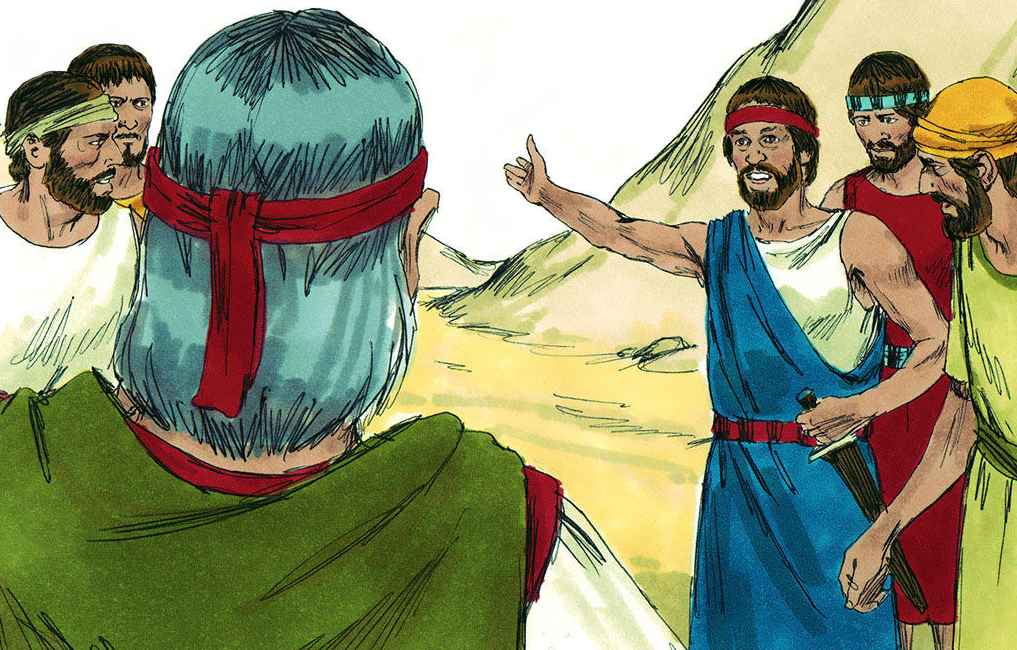 The longer I remain a Christian, the clearer it becomes that no one can fake following God. Life doesn’t give any of us that option. While becoming a Christian is easy, living out an authentic Christian life is certainly not. Life will test our commitment to the hilt and how we respond is ultimately the true measure of our faith in God. For instance, it’s likely that at some point we’ll face situations that seemingly mock the promises God has given to us. On those occasions, we have a choice to make. Will we believe the facts before us or trust that God will come good on His promises?

At such times, it’s common to doubt if we heard God correctly because our reality is irreconcilable with what God said. While I can’t say if someone heard God correctly, I can say that even those who heard correctly, multiple times, don’t have it easy. An example of this is Israel and the land God promised them. In Genesis 15, God promises Abraham a specific land for his descendants [Genesis 15:18]. This promise is repeated several times to different descendants of Abraham and reaffirmed when Moses led the Israelites out of slavery in Egypt. Everyone knew that God had promised Israel the land of Canaan as they journeyed from Egypt to Canaan. Yet, something interesting happens when they arrive at the outskirts of Canaan.

God asked Moses to send 12 spies to explore the land of Canaan [Numbers 13:1-2]. Pause and think. Why did God ask Moses to do this? God knew what they would find. Could it be that God wanted to see how they would respond? Would they trust Him irrespective of what they saw? In any case, the spies came back with this report: “We entered the land you sent us to explore, and it is indeed a bountiful country—a land flowing with milk and honey. Here is the kind of fruit it produces. But the people living there are powerful, and their towns are large and fortified. We even saw giants there, the descendants of Anak!” [Numbers 13:27-28 NLT].

Two of the spies, Joshua and Caleb, then said: “Let’s go at once to take the land…we can certainly conquer it!” [Numbers 13:30]. But the other 10 spies objected, saying: “We can’t go up against them! They are stronger than we are!… The land we travelled through and explored will devour anyone who goes to live there. All the people we saw were huge. We even saw giants there, the descendants of Anak. Next to them, we felt like grasshoppers, and that’s what they thought too!” [Numbers 13:31-33 NLT]. Their bad report led the Israelites to despair and rebel against God. The consequences were severe. No one twenty years and older made it to Canaan except Caleb and Joshua, and God extended their journey by 40 years [Numbers 14:26-35].

There are several lessons from this story. God did what He said He would do despite the unbelief of many. However, only those who believed the promise, despite encountering facts to the contrary, saw the promise fulfilled. Jesus reminds us that God’s Word (including His promises) is truth [John 17:17]. This can only be the case if His Word comes to pass. If what God says doesn’t happen, then He becomes a liar. This is why we have God’s assurance that nothing He says will fail to come to pass [Isaiah 55:10-11]. However, as I said earlier, life will test your resolve and, so will the devil. Remember that his first words in Scripture were “did God really say…?” [Genesis 3:1].

Have you ever experienced a situation contrary to a promise God gave you? It’s often daunting, very real and completely beyond your control. It’s easy to be overwhelmed by the facts before you and succumb to panic, fear and despair. At such times, the promise you heard and received with joy might seem like a figment of a distant imagination. You’re vulnerable, trapped and drained of faith. This is exactly where your enemy, the devil, wants you. However, it’s for such times that Jesus tells us that the truth will set us free [John 8:32]. This is why it’s important to write down the things God said to you because you’re going to need to remind yourself and the devil what God said in those difficult seasons.

While it would be great to have the courage and defiance of Joshua and Caleb in the face of a reality contrary to God’s promise, such faith might be difficult to muster. Nevertheless, you can surround yourself with people who can hold up your hands in battle [Exodus 17:10-13]. These are the seasons we need to remind ourselves of the character of God. In addition to remembering who God is and what God said, I ask myself: “Is God aware of my situation? Can He redeem it? Does He love me and want the best for me?” The Bible offers a resounding “yes” to these questions. Therefore, I can be confident that irrespective of how things look right now, all things are ultimately working for my good [Romans 8:28]. As much as possible, faith rather than fear must inform the choices we make in such situations, just as it did for Joshua and Caleb.

I have witnessed people imprudently deny or avoid the facts of their situation. It usually takes courage to face the facts.  However, burying one’s head in the sand isn’t a viable solution. Caleb and Joshua didn’t pretend the giants didn’t exist. Instead, they believed that God was greater than the giants, and He is a promise keeper. Don’t let the facts of your situation cause you to disbelieve God’s Word and miss out on His promises for you. The facts of our reality are transient. They are also always subservient to God’s promises.

I just came on here for the first time and I must say the ‘facts vs truth’ post clearly articulates my thought. I like the part where you said to surround oneself with people who will support you spiritually in times when it seems foolish to hold on to faith (paraphrased). I look forward to reading more posts.

The God who sometimes ignores our big questions

Would you become an ant?