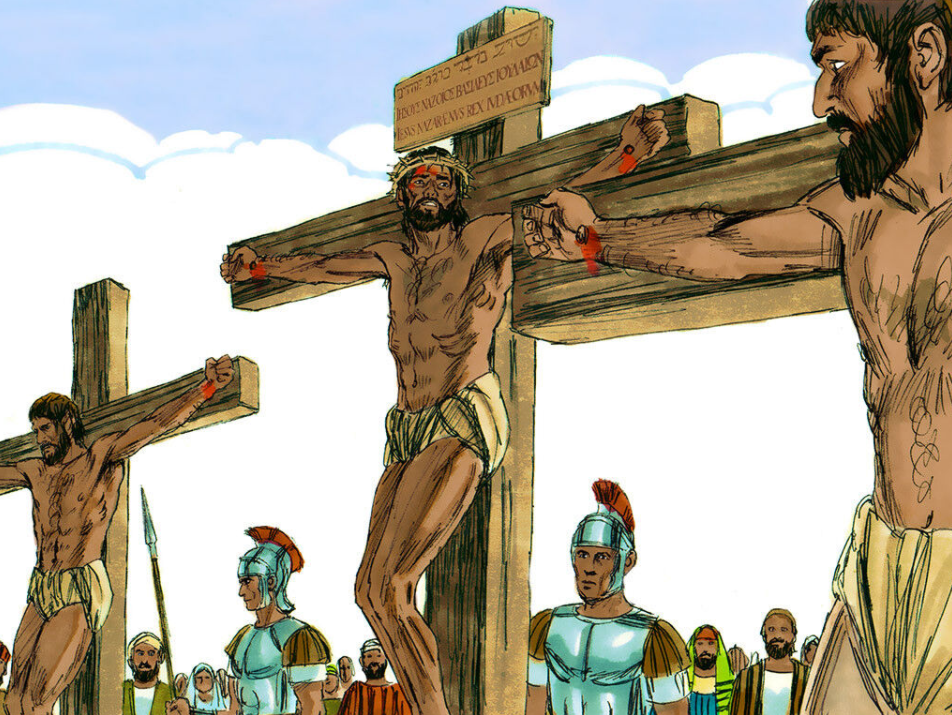 Ever wondered what it was like for the soldiers who nailed Jesus to the cross moments after they died? They came face to face with Jesus – the One they mocked, spat on, tortured and then crucified in the most gruesome, despicable manner. Now, they saw Him for who He really was; Jehovah, The Judge [Acts 17:31]. That must have been a dreadful experience for them. What about the Jewish leaders who orchestrated the events of Jesus’ death? Imagine them finding out that the Jesus they plotted against was their long-awaited Messiah? They should have known better. They were the custodians of the Law, and they studied the very scrolls that foretold the life and death of Jesus.

Since the events of Jesus’ death happened centuries ago, we could tell ourselves that it was the Romans and Jewish leaders who crucified Jesus, and it had nothing to do with us. But, let me be honest, Jesus would not have died if you and I hadn’t sinned. We can’t just pin this on the Romans and Jewish leaders in first-century Palestine, nor can we pin it on Judas, or indeed Adam and Eve. Yes, they sinned, but you are a sinner, so am I, and Jesus died for all our sins [Romans 3:23, 1 Corinthians 15:3]. Your sins and my sins put Jesus on the cross, so let’s own it unless you think you don’t require what Jesus did on the cross.

My intention isn’t to cause guilt or shame. For one, we’re all the same where sin is concerned. It’s also worth remembering that whether we sin against ourselves or others, every sin is ultimately against God [Psalm 51:4]. So, even if we could forgive ourselves for our sins, we would still need to be forgiven by God. And the price for that forgiveness is blood [Hebrews 9:22], specifically the blood of Jesus [Matthew 26:28, 1 John 2:2]. That’s not a price we could ever pay on our own. But Jesus stepped in and paid that price, even though we were His enemies [Romans 5:6-10]. The Gospels record that as Jesus was dying, He made a plea to the Father on our behalf, saying: “Father, forgive them, for they know not what they are doing” [Luke 23:34]. That plea wasn’t just for those who orchestrated His crucifixion, it was also for you and me.

Here’s the thing, even though Jesus paid the price for us to be forgiven, we must also want forgiveness – evidenced by our willingness to repent. You can’t truly desire forgiveness if you’re unwilling to repent. Simply put, repentance is agreeing with God that what you did was wrong and you’ll change your ways. Many of us excuse our sins, blame others for them and so on. We refused to admit guilt. But, the truth is we can’t receive forgiveness unless we admit we’ve sinned and ask for it. Here’s the good news; Jesus promises that every time you ask for forgiveness, He will forgive, even if it’s the same sin over and over again. Some might choose to abuse that, but that’s precisely how amazing God’s grace is. As such, Jesus stands ready to forgive every sin you’ve committed and the ones you’ll commit. His grace never runs out. Nevertheless, I plead with you not to take it for granted. While He offers forgiveness freely, it cost Him His life to pay for your sins.

When Jesus prayed for His Father to forgive our sins on the cross, two thieves heard Him [Luke 23:39-43]. I believe those two thieves represent us. They represent our response to the forgiveness Jesus offers. The question is: which of the thieves are you? Are you the thief who mocks the One paying for your sins, or are you the thief who acknowledges your guilt and receives eternal life? What’s interesting is that both thieves wanted Jesus to save them. But, one wanted to use Jesus to avoid the consequences of His actions and had no interest in repentance. The other repented and accepted the consequences of his actions, and sought to be made right with God.

If you’re a Christian, are you like the bad thief? Do you only want Jesus as Saviour because you don’t want to go to hell (i.e. avoid the consequences of your sins), but refuse Him as Lord because you don’t want to change your lifestyle? You see, you can’t have Jesus the Saviour without Jesus the Lord, that option doesn’t exist. In His kingdom, we live His way. My prayer is that you’re like the good thief who sought Jesus as Saviour and Lord. He realised the depravity of his lifestyle, admitted guilt and sought forgiveness. He understood the unbelievable deal on offer. Jesus was willing to pay the price for all his sins and in return, grant Him citizenship in His eternal kingdom free of charge.

Which thief are you? If you don’t even want Jesus as Saviour, think of those who rejected Him while He was on earth. Think of how you will feel if moments after death you realise that you turned down the most amazing deal in history. Think of what you’ll say to Jesus when you stand before Him? At that point, you won’t get to choose Him as Saviour and Lord, you’ll only get Jesus the Judge. As you reflect on that, think of the cross too. It was Jesus’ indescribable love for you that drove Him to pay the price for your sins, so that nothing, except your free will, could stop you from spending eternity with Him.

Good Friday is really the crescendo of a love story where the Lover dies so that the beloved might live. How do you intend to respond to the One who loved you that much?

What do you see?