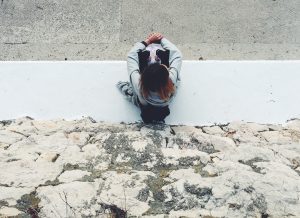 I once was asked: “who is your target audience? Christians or non-Christians?” The topics I write about will be more appealing to Christians. But I do hope non-Christians also find the points I put across helpful. However, this week, I am writing primarily for non-Christians in the hope of triggering some introspection.

I think as human beings we are broadly divided into two categories. Those that know they need Jesus and those who don’t know they need Jesus. Nonetheless, the bottom line irrespective of the category you belong to, is that we all need Jesus. Something else I earnestly believe is that regardless of which category you find yourself, any rational person would struggle not to find Jesus of Nazareth compelling. For a man who lived about two millennia ago for just 33 years and was dormant for 30 of those 33 years, it is incredible how much has been written and said about Him. He wasn’t wealthy nor was He a ruler. He fought no wars, left no writings and apart from a short time after His birth, He never left His country of birth. By human standards, He accomplished nothing significant. So why all the fuss about Him and why should you care?

Jesus was personable, He showed a genuine interest in people, who they were and what they thought. He also loved asking and taking questions. The Bible shows that an encounter with Him usually triggered some level of introspection. One reason for this was that He saw past the façade of the person in each encounter. Your politics, sex and socio-economic status didn’t matter to Him. It didn’t matter how much power you wielded, nor did it matter what others thought of you. Not even your past mattered to Him. Everyone was worth His attention and love because of their intrinsic worth. As you can imagine, it must have been very disarming to meet someone who valued you simply because you were a human being.

How would you feel around someone who knew everything about you, including your secrets, and still accepted you just the way you are? Jesus never insisted on anyone changing first before he would accept them because He knew they couldn’t do it on our own. It was meeting and getting to know Him that brought about the change. Interestingly, the prevailing thought of the day was that a person became unclean by coming in contact with something unclean. Yet with Jesus, the opposite was true. The unclean became clean by coming in contact with Him whether it was a leper, a cripple, a divorced outcast from a despised cast, a demon-possessed lunatic, a prostitute, a thief, a tax collector, an enemy soldier or a murderer. All these people were made whole upon encountering Jesus.

I wonder what you would say if you met Jesus today. Maybe you would ask a “why question”. “Why is there so much injustice, suffering, pain and strife in the world? If you supposedly created this world, what do you have to say for yourself? There is seemingly too much evidence that You either don’t care or You are powerless to do anything about it”. I have no idea how Jesus would answer but I have a suspicion that He would pivot on your question and somehow make the encounter about you. God has set a date in history when those “why questions” will be answered. He has also set a date in history when He will fix all that is wrong with the world. In one sense, the rest of creation has no say in its redemption, it will happen as God wills it.

We, however, have a say in our redemption. We must decide if we will allow Jesus to save us from the impending doom that awaits everyone without Him. Jesus has gone as far as He can without impinging on our freewill. It seems to me that His primary objective redeeming you, fixing the world is secondary. This is why I believe Jesus would refocus the conversation on you. He would most likely demolish any façade you have and make you face up to the truth about who you are. You would probably find the encounter convicting because it would reveal the inadequacies in your life and your powerlessness to address them. Such an encounter was the decision point for those who know they need Him.

At present, a microscopic virus is demonstrating our fragility. Despite the advancements of our civilisation, we are still vulnerable and we have very little control over our futures. The world changed overnight and brought the affairs of many to a halt. Our man-made institutions are trembling and neither wealth, power, sex, status nor fame can save any of us from covid-19. A doctor captured this poignantly during a recent interview when he said, “we are not enough”. As human beings, we are inadequate but Covid-19 is also showing us that even the institutions we place our faith in aren’t enough. Our leaders aren’t enough either because if they can’t protect themselves, they certainly can’t protect us.

So, I offer you an alternative in Jesus who claims to be enough and limitless. Don’t just take my word, interrogate those claims for yourself. The gospel of Mark in the Bible is the oldest account of Jesus’ life, start there. Examine His life, teachings and claims objectively and see what you unearth. These are times where we must question what it is we put our trust in because none of us can predict what the future holds. Therefore, whoever or whatever you’re counting on must be something or someone you’re willing to bet your life on. Consequently, who or what are you betting your future on? Is who or what you are trusting in enough?