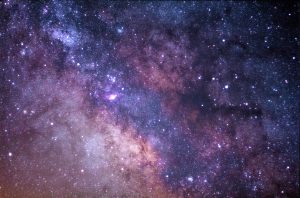 On several occasions, I have talked to friends who do not believe in God. I do understand where they are coming from. One of my all-time favourite quotes by Ron Hansen best articulates my view: “God gives us just enough to seek Him, and never enough to fully find Him. To do more would inhibit our freedom, and our freedom is very dear to God”. Some of these discussions invariably lead to a request for proof that God exists i.e. can I see, smell, hear, touch and/or taste Him? The truth is God exists beyond our perceptible reality, If He didn’t, there would be no argument about His existence. That said, there is so much in the known universe that is not perceptible to the five senses. Take gravity as an example. I am yet to meet someone who doubts the existence of gravity, yet we can only perceive the evidence of gravity, not gravity itself. The same is true of God, creation reveals an awesome, intelligent design throughout and for some, that points to an intelligent Designer who brought what we perceive into existence. The Bible tells us that what can be known about God is plain for us to see [Romans 1:19:20], but it is our decision whether or not we choose to see it.

I find it interesting that the Bible explicitly defines faith as “…the assurance of things hoped for, the conviction of things not seen” [Hebrews 11:1 ESV]. I like this translation because the latter part of the verse implies that whether or not we choose to believe in God, we necessarily take a leap of faith for there is no indisputable evidence that can be perceived by our five senses. As free beings, God leaves the decision to choose Him to us, if He didn’t, how could He love us and how could we love Him because love is ultimately a choice. We can choose not to believe He exists, say we believe He exists but ignore His word and live life as we please or believe in Him, take His word seriously and live by it. It is a decision we have to make and God allowed man to kick, punch, whip, spit, mock and crucify Him without violating that freedom. I personally can’t think of how the God of the universe would reveal Himself to humanity in a way that overwhelmingly convinces us of His existence without violating our freedom to choose or reject Him.

When God worked the earth in the person of Jesus [Hebrews 1:1-3], He performed numerous miracles which underlined who He was yet people still chose not to believe. For instance, Lazarus was dead for four days when Jesus raised Him back to life. From my limited research, by this time after death, the human body is bloated from gases and enzymes. Therefore, there is a pungent smell [John 11:39]. However, at the command of Jesus, Lazarus walks out of the tomb with his grave clothes still on [John 11:41-44]. As you would expect, Jesus’ reputation grew, some of the people who witnessed the miracle came to believe in Him [John 11:45]. Nevertheless, we see a few verses further that the religious leaders plotted to kill Jesus and Lazarus because of the miracle [John 12:9-10]. It was also the same religious leaders is offered to pay off the guards who witnessed the greatest miracle of all time, Jesus rising from the dead [Matthew 28:11-15]. These two stories highlight the hardness of the human heart when it chooses not to believe. Jesus performed many other miracles like commanding a storm to be still [Luke 8:22-25] and feeding more than 5000 people with five loves of bread and two fish [John 6:1-14]. While some chose to believe what He said about who He was because of what He did, others saw the same miracles and opted to ignore Him. Why?

In our day, science has revealed more about creation than any generation has ever known. Science reveals the awesomeness of God but so many still miss it. It would be difficult to argue upon seeing a book that it had no author i.e. the book wrote itself, yet we see pictures from the Hubble telescope like the one above and argue that our universe is random and accidental. A few scientists have gone through lengths to calculate the probability of you and I existing. Some have put that probability at 1 in 400 trillion! So many of these scientists are mystified about this probability of life and our planet supporting life, yet the first 10 words of the Bible explains how the earth and the universe came to be in the most simplistic terms. God also gets very personal when He tells each of us that we were known before we ever existed [Jeremiah 1:5] and He has a plan for each of us [Jeremiah 29:11]. While others may claim that we are an accident of circumstance with a pointless existence, God tells each of us that we are unique, fearfully and wonderfully made [Psalm 139:14] with a purpose. Which would you rather believe?

Ultimately, we decide what we believe. There is enough evidence out there to prove that the God of the Bible exists and if you don’t want to believe that, there is no overwhelming evidence to convince otherwise. But why believe? What is in it for you? If God is real and He is who He says He is, then He is able to keep and bring to pass the magnificent promises in His word. I can, therefore, trust in His promises with regards to everyday life with its trials and triumphs as well as the ones for life after death which guarantee my future. These promises are so good that many can’t bring themselves to believe it, but ask yourself, what if they are true? Would you want to miss out? And if you are on the fence, maybe it is worth examining your options and taking a closer look at this Jesus you have heard about.

There is also something in it for God. God is relational, He loves us and wants to be close to us like a parent loves a child and wants to be close to that child. As an imperfect father, I know how deeply I love my children. With my limited foresight, I plan for their future, I discipline them and create an environment for them to grow and thrive. I endeavour to give them my very best. I think this is why the image of God as a Father is my favourite. He desires the very best for me, more than I could for my children and each day, He wants nothing more than for me to know just how much He loves me. He loved me first because He knows that only love can summon a response of love and He desperately desires that I choose Him freely.

I love the closing remarks!! So well said. May the hearts of men be turned towards God, who was and is and is to come. Amen

Wow! What another words of inspiration. God bless you.
“The heavens declare the glory of God; And the firmament shows His handiwork. Day unto day utters speech, And night unto night reveals knowledge.” Psalms‬ ‭19:1-2‬.
At creation He revealed His great power, but at the cross He revealed His great love. Through Jesus His Son you can know the great designer personally and receive the gift of life.

What diet are you on?