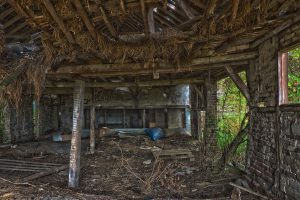 Have you ever wondered how things would be if there was no Christmas? Or put another way, how would life be different for you if the first Christmas never happened? Honestly, it’s a question I never considered until recently. Christmas is the biggest holiday of the year for many and usually, a time most families get together to exchange gifts. Some retailers start advertising for it 4 months before the D-day because it has also become a very lucrative season. Unfortunately, amid the noise, the history-changing event which splits the popular calendar in two, is sometimes overshadowed.

Honestly, if the commercial aspects of Christmas never existed, I wouldn’t miss it. I understand that for children it is incredibly exciting but we have their birthdays to shower them with gifts and attention. More importantly, we shouldn’t need a holiday to remind us to show love to our loved ones. However, I do believe that my life would be markedly different if the first Christmas never happened. Firstly, I probably wouldn’t have met Jesus. Therefore, I wouldn’t know a God who wants me to have a personal relationship with Him and partake in His plan to redeem His creation.

Obviously, there would be no Christianity without the first Christmas and therefore, no churches or Christian missionaries. I’m not entirely certain but I think Jesus was the first Teacher to send His disciples out as missionaries [Matthew 28:18-20]. This command has led to all the churches, hospitals, schools and other amenities that have been built by Christians. Many of them have committed their lives to teach and care for people in desperate need. Many Christians have also impacted the world through examples of love and forgiveness, where others would have opted revenge and violence. None of this would happen without the first Christmas.

Before Jesus, you had to be a descendant of Abraham’s grandson, Jacob, to be part of God’s people. These descendants became Israel, a small nation in the Middle East. What are the chances that a child growing up in Africa would have heard about their God without missionaries? Let’s assume that by some inexplicable series of events, I find out about the God of Israel and decide to make Him my God; I would have some pretty serious hurdles to overcome. Firstly, being a man, I would have to get circumcised. That’s a potential dealbreaker.

I would also have to live under the Mosaic laws. The religious leaders and teachers of the Mosaic laws were not shy to add extra requirements to the 613 laws given by Moses [Matthew 23:1-4]. So, who knows how many more additional requirements I would have to obey today? If I broke any of the laws, I would have to go through prescribed rituals to be forgiven [see Leviticus 4-7]. Reading through those rituals makes me so grateful that I can simply ask God for forgiveness when I sin and receive it. Prayer and worship would also be very different. For instance, I would not be permitted to mention the name of God, even in worship. That would ruin a lot of hymns and worship songs out there.

I probably wouldn’t know how much He loves and values me without Jesus. There is something irresistible about knowing that God sent His only Son to save me from my sins. I know just like everyone before me that I would be incapable of fulfilling all the requirements of the Mosaic law, so I would probably be despondent at the fact that I could never be in a right relationship with God. That would make me very uncertain of what lies ahead for me beyond death. Knowing as I do today that God wants to spend eternity with me, removes that uncertainty. For me, life would be meaningless without the certainty of what lies beyond death.

If you are a Christian, I am sure you can think of other things that would be different for you without the first Christmas. I believe these differences would fundamentally alter how we live and our ultimate outlook on life. For me, knowing what I know today, I can categorically state that my life without Jesus wouldn’t be a positive experience. So, as Christmas day comes around once again, I have more than a few reasons to celebrate it because the first Christmas changed the trajectory of my life and the course of history.

Today, amid the pain and suffering in the world as well as my personal trials, I can be hopeful. This is because the God who created the whole universe gave up heaven for me and you to become a zygote, an embryo and then a foetus. He chose to be born in a barn amongst farm animals. He further demonstrated His love for us on the cross. He has promised to one day right all the wrongs in this world. On that day, He will replace all pain, suffering, death and injustices of this world with everlasting joy and unimaginable happiness. We can trust that He will do all this and more because of the first Christmas.

Have a wonderful Christmas!

Wow! What a great insight.
I could not even imagine how my life would have be if there was no first Christmas. I’m forever grateful that Jesus came in human form as a baby, went through it all, and died to save me.

“For God so loved the world that He gave His only begotten Son, that whoever believes in Him should not perish but have everlasting life.”
John 3:16

“For we do not have a High Priest who cannot sympathize with our weaknesses, but was in all points tempted as we are, yet without sin. Let us therefore come boldly to the throne of grace, that we may obtain mercy and find grace to help in time of need.” Hebrews‬ ‭4:15-16‬ ‭

Distracted by your desires?