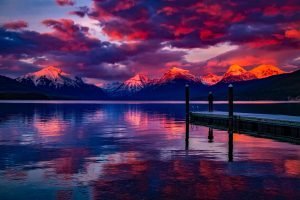 Last week, I ticked off one of the items of my bucket list. I met, Philip Yancey, one of my heroes at a Leprosy Mission event. He’s in the top 3 of living individuals I wanted to meet. It is no exaggeration to say he has been the biggest influence of my Christian walk so far. With books like What’s So Amazing About Grace, Where Is God When It Hurts, Disappointment With God, The Jesus I Never Knew and many others, he helped me explore my faith at a crucial point in my life. He writes with an air of vulnerability, like a fellow pilgrim, also trying to find his way. He already has an amazing legacy and continues to influence many with his life and writing.

He didn’t disappoint. He was very unassuming; you wouldn’t know he had sold over 15 million books. I was genuinely touched that he was interested in my story. Even when I turned to walk away because others were waiting to speak to him, he held me back to find out more. He left me inspired and also wondering about my own legacy. James reminds us that life is brief, like a vapour [James 4:14], but what we do with our time can reverberate for years after we are gone. During the event, Philip Yancey spoke about Dr Paul Brand, a missionary and pioneering orthopaedic surgeon in the field of leprosy who was also the greatest Christian influence in his life. They became friends, collaborated on 3 books and helped significantly in the fight against leprosy which still affects millions today.

They met while Philip Yancey was researching for his first book, Where Is God When It Hurts. Philip Yancey at the time was a fledgling journalist struggling with his faith and the scars of a fundamentalist, legalistic church upbringing. He witnessed Dr Brand decline several prestigious posts in the United States and England to work with desolate leprosy patients in India. These men and women were outcast but Dr Brand treated them with love and care and served them like they mattered. As a young Christian trying to find his feet, witnessing Paul Brand live out his faith in very practical ways had a profound impact on Yancey and his career. As he puts it: “no one has influenced me more…we had quite a trade: I gave words to his faith, and in the process, he gave faith to my words.” Paul Brand died in 2003, and his legacy lives on especially in leprosy treatment and research.

During his talk at the event, Philip Yancey suggested a question to ask ourselves: “did I make God smile today?” This is a question that calls for deep introspection. However, God is not asking for perfection because He knows we will mess up often. But if we let His grace do its work in us, we will also get it right every now and then. As we let God’s grace permeate every aspect of our lives, we will think, speak and act like His sons and daughters, becoming more like Jesus. This will invariably result in a life that will please God.

When I see how many lives people like Paul Brand and Philip Yancey have influenced and how much they have accomplished, I sometimes feel inadequate. Yet, God’s word reminds me that I too carry within me the same Holy Spirit at work in them. I am also endowed with gifts to leave a legacy that will make God smile. We are not all going to be brilliant orthopaedic surgeons or world-renowned authors but we are all uniquely gifted by God to serve Him. God simply calls us to surrender our lives to Him and He will place us exactly where He needs us to serve. You and I may only get to influence one life but that one life could impact millions. The same Jesus who fed over 5000 people with five loaves and two fish can do a lot with the little we have to offer.

Philip Yancey told a story of a disfigured, crippled leprosy patient he met in Nepal. Leprosy had ravaged her body to the extent that she was crawling around on her elbows. He mistook her for a beggar but later found out that she spends her days praying for others. “Do you have any prayer requests? God answers her prayers” his guide told him as he recovered from his embarrassment. That story demonstrates that no matter our circumstance, we can serve in God’s kingdom. For anyone wondering where to start, look for opportunities to serve others, in any capacity. If you know where your gifts lie, seek opportunities to use them to advance God’s kingdom. Wherever you serve, do so humbly and to the best of your ability and God will honour your service.

Ananias famously prayed for Paul to receive his sight and to be filled with the Holy Spirit [Acts 9:10-18]. He is mentioned twice in the Bible, both instance related to praying for Paul. By human reckoning, he didn’t do much, but in God’s plan, he played a pivotal role to bring the gospel to non-Jews. He reminds me that what matters most is how we fit into God’s plans not how great our achievements may seem. Some might have great renown and impressive accomplishments while others are nameless prayer warriors, but we are all servants. Wherever we are called to serve, God can use us to influence and change lives.

Are you willing to serve? Are you serving others in any capacity right now? What will your legacy be? God has shown throughout history that He can make our legacy remarkable if we let Him. Will you let Him?

Wow! What a great reminder that we are all useful instruments in God’s hands.
Thank you Charles.

Why are we here?