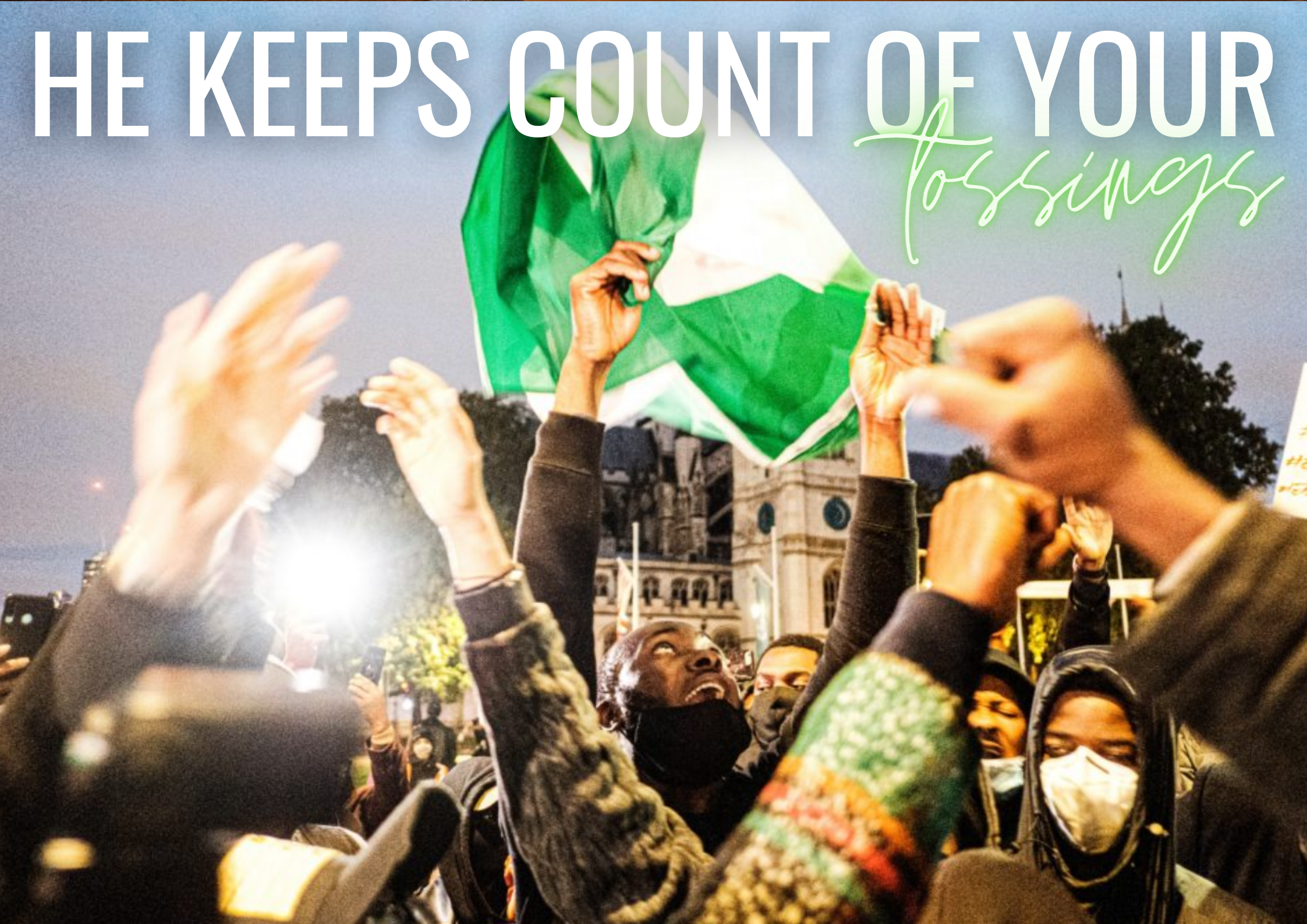 There’s a lot of turmoil and uncertainty in our world. As someone who desires to share the hope of the gospel with as many people as I can, I often find it difficult to offer that hope to those experiencing oppression and injustice because they might find it philosophical and unrelatable. I know one day God will set right all that is wrong with the world. But honestly, in the middle of trials, many of us struggle to see that far ahead. I am confident of my convictions but I sympathise with those who don’t have the same convictions because there’s much to despair about.

I was raised in Nigeria, a country blessed with natural wealth, diversity and talent. I remember my childhood fondly and the community around me played a huge role in making me the person I am today. However, I was always struck by the injustice I saw. I watched my parents and their peers endure needless suffering and oppression because of the systematic corruption propagated by those in power. For instance, it was common for civil servants to be owed several months of pay. I remember a time when my mum, a midwife, was owed nearly six months of wages. This didn’t happen because the money wasn’t available. It happened because those who governed, who are meant to be stewards of the collective wealth of the people, chose to treat that wealth as theirs.

It was common for government officials to use the funds allocated for salaries and infrastructure projects to fund lavish parties and shopping trips, buy multiple homes, send their kids to expensive schools and pay for their healthcare overseas. Imagine witnessing this while your school has been shut for several months because your teachers haven’t been paid. Imagine the frustration when you find your local hospital is so underfunded you have to bring your syringe if you want an injection or buy it at an extortionate price there. Imagine the despair when you realise that there is nothing you can do to hold anyone in power accountable because the system is so utterly corrupt.

Such blatant corruption is self-perpetuating and it quickly spreads to every facet of society. So, you expect to be extorted to obtain assistance from others. It can be overwhelming when you have to bribe a security guard to get into a public building, bribe the receptionist at the utility company to assist you with a query, bribe the administrator at your university to release your exam results, and so on. The sad part is that often you can’t blame those who extort money from you. In many cases, they are owed wages and have families to feed and bills to pay. Unless one actively resolves to live a life of integrity at all cost, it is incredibly difficult not to join in perpetuating the cycle of corruption.

Unsurprisingly, many of those charged with providing security are just as corrupt. Enabled by government officials, many extort and pillage the communities they are meant to protect, often with downright disregard for human life. Imagine the despair of many young people who have already witnessed their parents endure so much. They know things are unlikely to change for the better. Those fortunate enough to obtain university degrees know they will struggle to find honest opportunities to make a living even as the cost of living continues to rise exponentially. It’s, therefore, no surprise that a few weeks ago, Nigerian youths took to the streets to protest against the police brutality and the systematic corruption that is destroying their future. It’s the desperate cry of a generation that has had enough.

I was fortunate to have an opportunity to forge a life for myself outside Nigeria, but many of my contemporaries have to navigate a very bleak future. A few days ago, I read an emotional social media post from a former classmate with two young children. His words were devoid of hope. You could tell he was tired and scared for the future of his children. His situation is all too common in our world, as many in power systematically oppress those they are meant to serve. The gospel of Jesus Christ would have very little value for me if it didn’t address these issues of injustice and offer tangible hope. Thankfully, the Bible has historical examples of oppressive leaders getting their comeuppance as well as promises of divine compensation for the oppressed.

Oppressive regimes aren’t new. When Israel was oppressed by her more powerful neighbours, God didn’t turn a blind eye. Isaiah’s prophecy against the King of Babylon should serve as a warning to oppressive leaders [Isaiah 14:3-11]. The Bible makes it clear that we should be terrified of the wrath of God [Hebrews 10:31]. Yet, many won’t heed this warning. However, it should offer comfort to those being oppressed because their oppressors will never get away with it. God is a just Judge [Psalm 89:14] and He keeps meticulous accounts [Revelation 20:12]. As a wise sage once said: “The mills of God grind slowly, but they grind exceedingly fine.”

King David was no stranger to affliction. At a point in his life, he was captured by his enemies, the Philistines. I imagine that many of my contemporaries in Nigeria and around the world can relate to the desperation David felt at the hands of his oppressors [Psalm 56:1-2]. Nevertheless, as he lay awake at night, tossing and turning, unable to sleep, crying tears of desperation, David reminded himself that God doesn’t miss a thing [Genesis 16:13]. He graciously keeps count of the number of times we toss and turn in our beds. He even captures our tears in His bottle [Psalm 56:8] and He has promised that one day, He will make things right [Revelation 21:1-4].